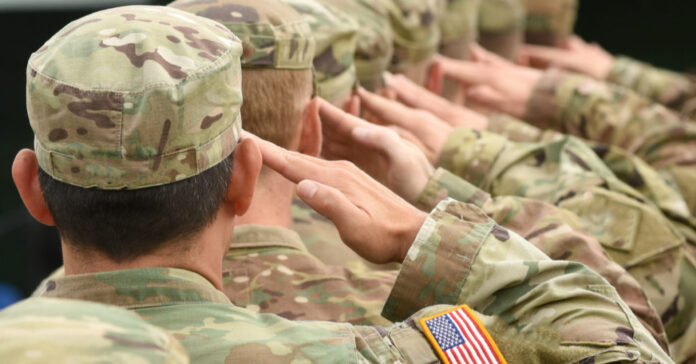 We need the military, especially when President Biden can’t seem to maintain relations with anyone. Oh, and the fact that some of our enemies like North Korea and China want to keep flexing their muscles to show us that their military is ready for anything.

There’s just one problem. It may seem that we’re struggling to pay for our military…

According to a former staff director for the Senate Armed Services Committee, Arnold Punaro, “We need to focus [military] benefits on those currently serving, but the problem is most f the benefits now have shifted to those no longer serving.”

What do we need a powerful military for, anyway? Not a darn thing as long as we want to fall under Communist China’s rule at some point. Let’s hope that’s not the plan that the Dems have for the United States.

Based on what a panel of defense experts recently met about, military leaders will have to decide on pay and benefits over the next few years if we want to ensure that military readiness and end strength are met effectively.

The Center for Strategic and International Studies (CSIS) hosted the panel since there are growing concerns about personnel costs, especially since they are on the rise within the Department of Defense.

In fiscal year 2021, the cost of an active-duty service member was $136,000. This accounted for such things as basic pay as well as housing stipends, medical benefits, and specialty bonuses.

Sam Nunn, a former Democratic senator from Georgia explains, “Would you really want to see your [battlefield] risk increase and your effectiveness decrease in order to protect every single personal benefit?”

Well, no…but isn’t there a happy medium? After all, if the active-duty members have benefits stripped from them, how many are going to continue to re-enlist?

There are many, including Mac Thornberry, a former Republican representative from Texas, who has suggested that military personnel rules need to be changed drastically. He even suggested such things as allowing temporary enlistments for high-demand areas of specialty.

All of these kinds of changes will spark serious debate on Capitol Hill. However, such a debate cannot even take place because there are other political debates taking center stage. Essentially, until the Dems and Republicans can figure out spending and infrastructure bills, everything else is put on hold…including a topic that could significantly impact the pay and, ultimately, the readiness of military personnel.

Punaro says that the U.S. still boasts the strongest fighting force in the world. Is that true anymore, though? It would be nice to think so because it means that we have some wiggle room. However, if you start to look at what Asian countries are boasting, it seems that our position may be slipping more than we’d like to admit.