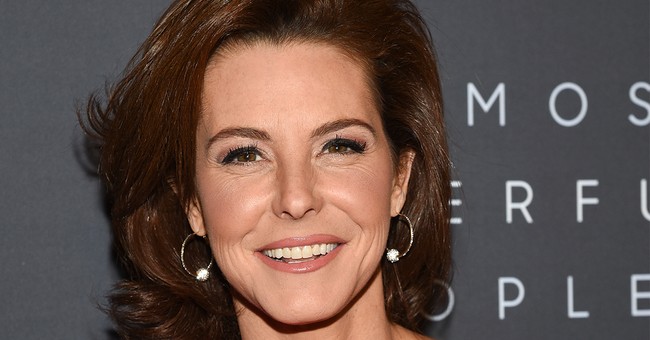 I typically try to shy away from writing on what crazy lefties on MSNBC are saying because I find it uninteresting, but it’s the Friday after Thanksgiving and the current news cycle resembles a desert with tumbleweeds gently rolling by.

Plus, the last time I wrote something on MSNBC’s Stephanie Ruhle, Fox News’ Harris Faulkner put it on air so buckle up because we’re doing this (see The Most Tone-Deaf Response to the Inflation Crisis Imaginable Goes Forth). Even still, sometimes these hosts say something that points to a bigger, more pervasive issue that’s worth discussing. That happened this week when Ruhle decided to opine on the inflation crisis by insisting that businesses don’t have to raise prices just because production costs are up.

Keep in mind, this is a person who has already argued that consumer inflation is not a big deal because people have the money to afford it. Truly, this is a woman who has her finger on the pulse of middle America.

I’ve been told that Ruhle has a background in finance, though, I’m not sure she learned much. Demand being strong does not mean that you can suddenly absorb all cost increases on production materials (whether we are talking manufacturing, food for restaurants, or parts for service providers). Perhaps there are some cases where a major corporation might have the walking-around money to not pass on short-term cost increases, but that’s not sustainable as a market strategy. Ruhle knows this but chooses to speak as if all businesses are just charities sitting on massive, never-ending cash flows.

But the biggest disconnect from reality comes in her statement about stock prices being up. I hate to break this to Ruhle, but the majority of businesses in this country that are currently being crushed by producer cost inflation are small businesses. They do not have stocks. They do not have big bank accounts. There’s a reason some of the most jarring inflation we’ve seen is in the local restaurant industry. Speaking anecdotally, every restaurant in my city has raised their prices several dollars over the last year.

Imagine the amount of elitism it takes to snark at the inflation woes of small businesses (largely caused by government incompetence and over-spending) by shouting “well, stocks are up!” And for a lot of businesses out there that have borne the brunt of a long stretch of draconian COVID-19 measures, their business isn’t necessarily “growing” either. They are barely scraping by, having taken big losses over the last two years due to government intervention.

In one sense, Ruhle is right, though. This does ultimately come down to what a business chooses to prioritize, and last I checked, that priority is almost universally…staying in business. But Ruhle doesn’t have to worry about that. She gets paid millions of dollars to read a teleprompter on a low-rated daytime cable news show. Perhaps she should stay in that lane going forward.

But in the end, it’s not just Ruhle who’s saying stuff like this. These talking points come directly from the White House and Democrat senators who are looking to cover their own failures by blaming the private sector. And while I’m not a big fan of a lot of these major corporations, the reality is that the current inflation boom is affecting everyone. You cannot stop price increases by virtue-signaling on Twitter — though, Ruhle is certainly going to try.