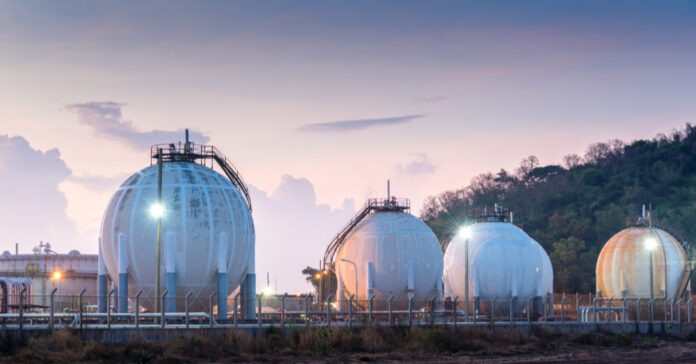 When it comes to talking about public policy, energy, commerce, or any topic that isn’t directly related to progressive politics, AOC proves she knows absolutely nothing. Recently, she was interviewed about the Keystone XL pipeline, Line 3, and why pipelines aren’t good for the country. As the video was targeted to her constituents, it’s not a huge shocker it had some issues.

“When you look at Keystone XL, and when you look at a lot of these other pipelines, people say, ‘Oh, this is for energy, you know, independence in the United States,’…We actually already produce enough to power our own country, whether you agree with it or not….A lot of these pipelines are being built so that the United States can export and sell natural gas abroad. And, you know, people make geopolitical arguments as to why that should be the case.” It has to be exhausting working that hard to be that stupid.

The pipeline would transport oil, not natural gas. Even if that was correct, we don’t produce enough to power our own country. We did when we were running properly. Due to COVID and Biden’s constraints on oil and oil byproduct production, we are not churning out enough of our own material, and as such, are reliant on OPEC to cover the gap. Natural gas often comes with or as a byproduct of getting oil from the ground. Again, this is commonsense, and it’s not too common in DC.

Also missing from this commonsense mission is keeping Line 3 open. AOC and her people have been fighting to have it closed, despite it having been in use since the 1960s. Enbridge is the company that operates that pipeline, and they have been in the midst of constructing a $2.9 billion replacement project but are getting massive resistance at every turn.

AOC’s opinion that Line 3 “should not exist” is criminal. Line 3 has been a huge help to the American people and has kept the use of America’s fossil fuels going and at reasonable costs. Now she wants to keep the inflation going up, and keep the American people from being able to achieve real financial success. She fails to realize how these pipelines are efficient in what they do and how this efficiency keeps costs in line.

As the costs go away from that line, the worse inflation becomes, and the more worthless the American dollar becomes. People are already being priced out of their homes because nobody can afford to live with the wages not going up in commiseration with this high level of inflation. AOC has no touch with what pricing looks like in the rest of the US. She has only seen the pricing in NYC and DC, and even then, she had no clue how she was going to afford to live in DC when she won her office.

This woman knows the struggles Americans face, or at least loves to claim she does because she’s ‘been there.’ Yet her actions and opinions indicate nothing but the opposite. She needs to wake up and smell the coffee. Because this is not going to be pretty if inflation keeps going on, and the American people are trying to avoid it at all costs. This really should not be that difficult of a concept for them to understand.