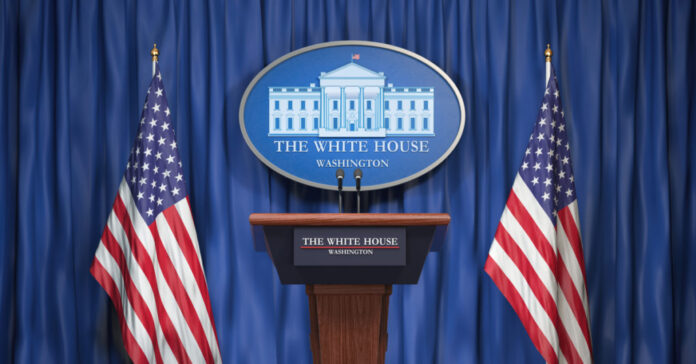 The Democratic Party has a dark realm upon which their beliefs and actions stem. They constantly pull from this realm to help guide them along the path they believe will quickly bring an end to freedom in America. And when any person or organization gets close to revealing the truth of that dark realm, the claws come out, and people pay dearly for encroaching on the sacred land.

Republicans are the ones that reveal more about the lies of the Democrats than any other source. They have the claw scars to prove the battles they have fought in the name of freedom. But recently, the claws came out again as Jen Psaki would blame the Republican Party for revealing the truth about what is happening with inflation.

The Wall Street Journal reported that “Republicans argue the Democrats’ social-spending bill would aggravate inflation by injecting trillions of dollars into an overheated economy. They say they see these issues as powerful political arguments heading into next year’s midterm elections, when Mr. Biden’s party is at risk of losing legislative power.”

And Psaki’s comment that the Republicans are “rooting for inflation” was her sad attempt at leaving scars on the conservative side while at the same time trying to save any respect that Biden may think he has left. The liberals are nervous because the midterm elections are closing in, and they are about to be swept away by the red wave.

Psaki was very outspoken with her personal feelings about the Republicans. She blasted away by claiming, “Q: Why, when Americans are seeing higher prices, are Republicans united against a bill to lower core costs on prescription drugs, health care, child care, and elder care? A: They’re rooting for inflation.”

The Biden worshipper wants to make it seem like the Republicans are the problem and not Biden’s inflated bill. She does not want people to know the truth that the bill Biden signed will cause massive amounts of inflation. The sad reality is that inflation is already affecting the consumer because he has over-regulated everything, which has made prices rise.

The funny part is that liberals sound the alarm that Biden’s bills are too destructive to the economy. Steven Rattner was an economic advisor for Barack Obama. And he noted that “Build Back Better can be deemed “paid for” only if one embraces budget gimmicks, like assuming that some of the most important initiatives will be allowed to expire in just a few years. The result: a package that front-loads spending while tax revenues arrive only over a decade. The Committee for a Responsible Federal Budget estimates that the plan would likely add $800 billion or more to the deficit over the next five years, exacerbating inflationary pressures.”

Psaki’s sad attempt to pin it all on the Republicans is falling flat. Richard Grenell is the former Acting Director of National Intelligence. He pointed out that “Your people worked to shut down the entire U.S. economy to win an election and scared people into ignoring science. A double standard is the only standard you have.” He revealed that the Democrats have lied, cheated, and stolen to get to where they are today.

Joe Biden’s push to overspend money that is not even on the books yet is a mirror disaster adopted from Alexandria Ocasio-Cortez and her Green New Deal nonsense. She has silently laid it to rest because somehow, she got Biden to adopt it in stages. Her idea would have cost the American taxpayer trillions and trillions of dollars, although Biden is passing it in stages.

The red wave will devastate the Democratic Party, and that reality is one reason they are pushing so hard to pass every trojan-packed bill that they can before the midterm elections. Once they lose power in one government area, they will be a lame-duck party powerless to do anything but cry remorsefully that they did not listen to the people.