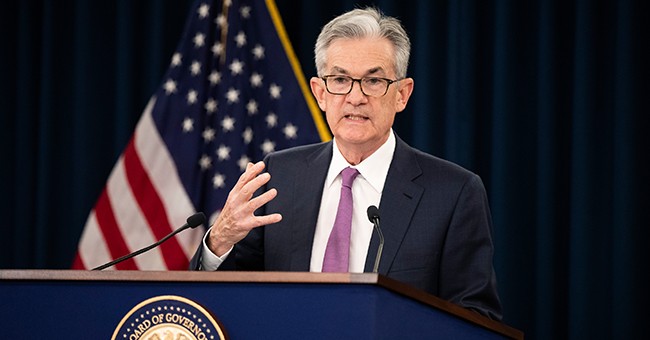 As the U.S. economy suffers from widespread inflation, stagnant growth, a supply-chain crisis, and a record-high 10 million unfilled jobs, the Federal Reserve is focused on fighting climate change.

For instance, on November 3, the Federal Reserve issued a press statement “in support of the Glasgow Declaration by the Network of Central Banks and Supervisors for Greening the Financial System (NGFS).”

Per the Fed’s statement, “Climate change poses significant challenges for the global economy and financial system, with implications for the structure of economic activity, the safety and soundness of financial institutions and the stability of the financial sector more broadly. A sustained global response by national authorities, the international community, and the private sector can address the financial and economic implications of climate change.”

So, instead of declaring war on inflation and all the other problems facing the U.S. economy, the Fed is more inclined to use its bandwidth and resources to counter so-called climate change.

Just in case the Fed’s recent statement on its quest to fight climate change was not enough to placate radical leftists, Fed Chairman Jerome Powell made it clear that the Fed, under his leadership, will prioritize climate change above all else.

According to Powell, recently nominated by President Biden to serve a second term as Fed chairman:

The Federal Reserve will address climate-related risks in an analytically rigorous, transparent, and collaborative way. With the creation of the Supervision Climate Committee and the Financial Stability Climate Committee, we are working to better understand and address climate-related risks for financial institutions and the broader financial system. This work will provide the foundation for the development of an appropriate program to evaluate whether supervised firms are resilient to those risks. We will also continue to identify links between climate change and financial stability, including by investigating how climate change can increase financial-sector vulnerabilities and looking for climate-related amplification channels.

Like Powell, President Biden believes the Fed should pivot from its mission of “foster[ing] the stability, integrity, and efficiency of the nation’s monetary, financial, and payment systems so as to promote optimal macroeconomic performance.”

As Biden put it, “We have to make sure our financial system can withstand climate change and is prepared to transition to clean energy. … The Fed must be a leader among central banks globally in addressing climate-related financial risks.”

Fortunately, several Republican lawmakers are pushing back against the Fed’s mission creep into climate change policy.

“We question both the purpose and efficacy of climate-related banking regulation and scenario analysis, especially because the Federal Reserve lacks jurisdiction over and expertise in environmental matters,” wrote many Republican senators in a letter to Chairman Powell.

The GOP lawmakers added, “This effort is not grounded in science or economics, but is instead a self-fulfilling prophesy: claim there are financial risks with energy exploration and other disfavored investments then use the levers of government–via the unelected bureaucracy–to ban or limit those activities.”

As several recent polls demonstrate, the American people are much more concerned with concrete economic problems, especially inflation, compared to esoteric issues such as climate change.

Indeed, the Federal Reserve, which is complicit in skyrocketing inflation due to more than a decade of endless money printing and ultra-low interest rates, has its hands full with problems of its own creation.

Instead of pivoting to climate change, which is not an existential crisis, the Federal Reserve ought to get back to brass tacks and tackle the very real and pressing problems that it was chartered to address more than a century ago, namely inflation, which just reached a 30-year high of 6.2 percent.