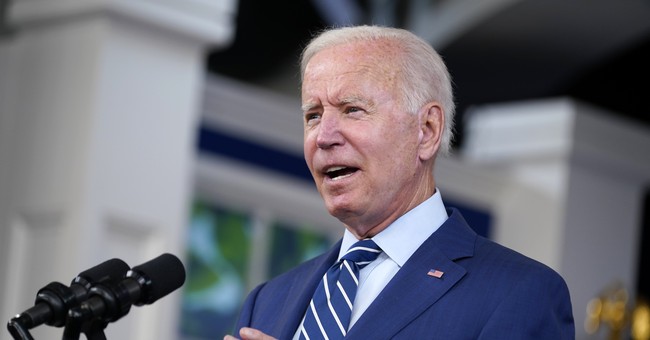 President Biden held what we were told was a “press conference” today in which he gaslit the country once again by telling struggling Americans that everything was going to be okay, portraying himself as a hero for all, and not shouldering one iota of the blame for the rising cost of everything including the food items people are buying in order to prepare their Thanksgiving dinners.

In addition to that was the usual generous helping of out and out incoherence, something that has become a staple at any public event where the current Oval Office occupant opens his mouth to speak.

Though this was ostensibly billed as a “press conference,” Biden took no questions from the members of the press who were assembled to document what he said and who no doubt hoped they’d get the opportunity to ask some questions. This, too, has become an all too common occurrence at so-called “pressers” involving POTUS – that is, the ones his handlers don’t scrap as a preventative measure against further embarrassment, of course.

But something happened at the end of today’s event that I believe epitomizes the sorry state of affairs between the Biden White House and the press corps, many of who are growing increasingly frustrated at the lack of access to Biden in the midst of all that’s going on in the country – and are saying so. No, elevator music wasn’t played at the end of this particular gathering. Instead, you had numerous reporters yelling out questions, with one at the tip end of Biden exiting the stage all but literally begging Biden to answer him:

Portnoy, the White House correspondent for CBS News Radio, clarified as to what his full question was and why it was important that Biden kept getting asked the question:

Watch the moment an out-of-it-looking Biden walked away from the podium while reporters including Portnoy desperately tried to get him to respond:

As I’ve said before, none of this is normal, not the President routinely not taking questions from reporters, not the hiding, not the customary blank stares we keep getting, his handlers constantly intervening and sometimes upstaging him, none of it. It’s really no wonder that nearly 50 percent of the American people are questioning Biden’s mental fitness to lead at this point.

Something is wrong here. Very, very wrong. And from the tone of Portnoy’s question, it sounds like even some in the media are noticing it, too.