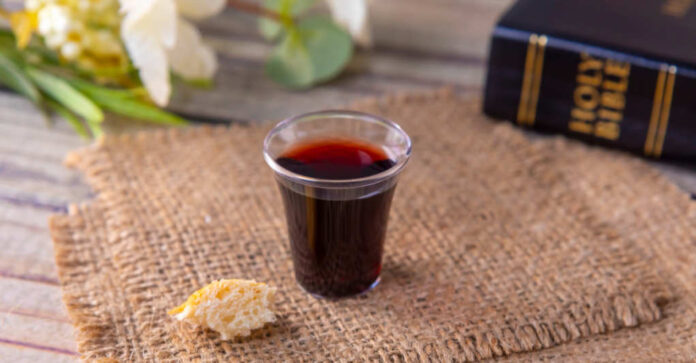 Joe Biden thinks that his Democratic position will be enough to save him from the wrath to come for his support of killing unborn children. The Catholic leaders in charge of Biden have long thought that the old man should be denied communion because his support of abortion goes against the teachings of his faith. But somehow, the weasel of a president was able to buffalo the Pope into agreeing with him.

But that has not stopped the Bishops in the United States from banding together and pushing forward to get the old man out of the communion rotation. Joe Biden supports the murder of children, and the Catholic Church in America cannot support any leader that holds to such atrocities.

The president’s views on abortion are a terrible injustice to the unborn citizens that should be able to count on his support for their right to live. And the Bishops of America are moving to support the smallest of souls. Joe Biden is going to have to answer for the blood on his hands. And it will start with him facing the fury of the church he attends.

The abortion issue has split America. Liberals believe that murdering unborn children is their right. But just because something is made legal by liberals does not make it morally right to engage in it.

Joe Biden’s time in office has worsened the situation by his lust for power and refusal to act on the faith’s beliefs that he claims to hold. The bishops are meeting to discuss the matter and how they can keep Joe Biden from taking communion. There is division in the bishop’s ranks as they are also divided over their loyalty to God and their love for politics.

The Catholic Church must decide to uphold its beliefs or compromise for the sake of politics. Their past is riddled with lustful power moves and alignments with people that were friends of the devil. The church has been darkened in recent years with abuse accusations and faults. But for them to repair the damage, they must start upholding biblical convictions.

The vote will also serve as a message to any other Catholic politicians who support abortion that their heads are on the chopping block. The church in America is trying to set a standard for people to meet before engaging in communion. The ability of the church to stand up and do what is right hands in the balance. The Pope has already turned his back on the unborn, but now it is time to see if the bishops will do the right thing.

The liberal leaders are supporting Biden by claiming the church is trying to use his faith against him. But no one can remove religion from everyday life because one’s convictions define that person’s integrity. Joe Biden is a man of terrible character because he cannot do what right most of the time is. He claims one thing and does the exact opposite through his actions.

The example of his hypocrisy is found in what he believes. The old man claims to support the right of women to choose, but he opposes abortion. He might as well join hands with the killers because fighting for abortion is to support it.

Newsmax found that the Catholic newsletter The Pillar stated that the document coming up for vote states that “people who exercise some form of public authority have a special responsibility to embody the church.” It goes on to point out that those that engage in sin will be denied communion. Pope Francis and his liberal ideology would say otherwise. Like Joe Biden, he will continue to support the old man and his belief that killing unborn children is just fine.