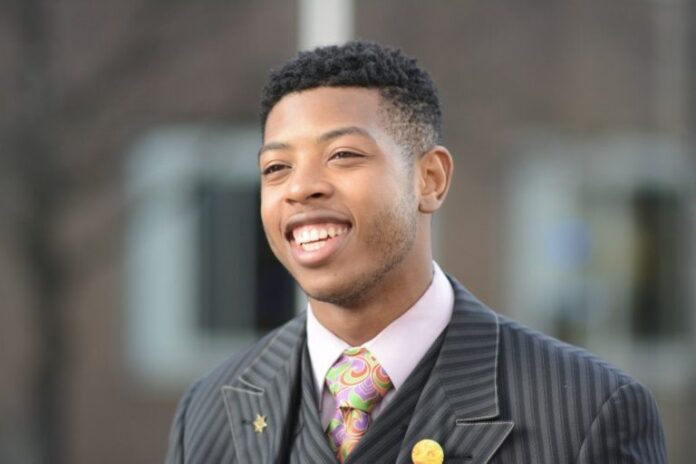 Jewell Jones wishes that he never tipped the bottle the night he was arrested for driving under the influence. He wishes that he would have been more dignified when the cops pulled him over. And he would like to crawl in a hole and hide after he cried out for mother Whitmer to save him from his predicament.

The Democrats are living on top of the world right now. They have a false hope that they are now in control of just about everything they need to force people into compliance.

They love to make people wear a mask and stay indoors over a pandemic that has largely disappeared from most areas. They even try and force people into silence when they are questioned or confronted with questionable behavior.

Jones is one of the Democrats that believes no one can touch him. The cops took him into custody, and in an embarrassing moment, he drunkenly cried out that his goddess Whitmer is going to save his soul from the cops. That is until Whitmer ignored his pleas for help.

Jones had to think the cops were picking on him when they pulled him over. His big mouth was apparent that Whitmer and himself were on excellent terms.

Jones made it a point to resist arrest and fight the police. The baby boy faces several charges that can be considered serious once the judge takes a look at the list of bad behavior. The idea that he could resist arrest and do whatever he wanted is childish.

The baby-faced boy has a record of destructive behaviors, as told by his police record. He has been pulled over for speeding, having windows that were blacked out, and a license plate covered to hide his identity.

Fast forward two years and the boyish politician has pulled over again for adding alcohol to the mix of personal issues that he has. His “ELECTED” plated Chevy Tahoe has a glimpse into why he thought he could act like he is above the law.

Democrats all believe that they can do whatever they want and get away with the crime. Many high-profile liberals ignored their own COVID rules. And Gavin Newsom thought he could hand out contracts to whoever he please. Or at least to those that gave him the most money.

The moment Jones was pulled over was just the start of a long list of things that would make him cry out for his mama. Jones also had a female passenger with. When they were both pulled from the vehicle, it was found that they had their pants down. He was also found to have a loaded semi-automatic .40 Glock in the center of his car. One can only think of what he was going to do with such a weapon. After all, Democrats are supposed to be against gun ownership.

Jones was very rude and uncooperative with the officers. He refused the breath test, would not hand them his license, and threatened the officers with harm. The silly little boy ended up being shocked into compliance and pepper-sprayed for his gracing of the officers.

The Democrat threatened police by telling them, “I don’t give a —-, bro, when I call Gretchen [Whitmer] I’ll need y’all ID’s badge numbers everything. It’s not going to be good for you, I’m telling you. I run y’alls budget, bro.” He thinks that the cops are in it for the money. The vast majority of officers serve because they want to make a difference. They don’t care what they are paid.

Jones had to hire an attorney because Whitmer was ignoring the clown. His lawyer maintains that Jones is a good guy and loves people. His lawyer denies the threats Jones made to the officers and even denies that the man was drunk. But the video and evidence tells a different story.

Jones is facing two years in prison. His actions are beyond belief. The fact that he was caught with his pants down begs the question of what he was really doing while driving the vehicle. The officers did their job by getting a dangerous man off of the streets.