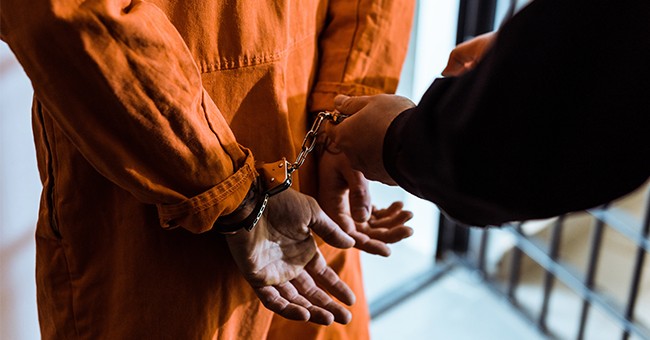 I think a lot of people were relieved when Kyle Rittenhouse was found not guilty on all counts on Friday, after being charged with murder despite being attacked and justified in defending himself.

No one could have been more relieved that Rittenhouse himself, as we noted.

Despite Rittenhouse knowing his own innocence and having the facts on his side, you never know what the jury will do, especially in the face of all the pressure in this case.

But Rittenhouse never should have been charged to begin with. And on top of that, you had the additional political attacks and lies levied from the media and Democrats — from the occupant of the White House on down. While Rittenhouse can’t get that time back and unwind all he had to suffer as a result, what he can do — if he chooses- – is go after some of the folks who have defamed him and hold them to account.

Now, Rittenhouse’s defense lawyer, Mark Richards, is speaking out about those lies. He spoke to Ashleigh Banfield who used to work for CNN. He noted he was Kyle’s criminal defense attorney and isn’t representing him civilly. But he still pointed out how CNN and MSNBC had lied about Rittenhouse’s actions and misrepresented basic facts of the case that any media outlet doing due diligence should have known.

Richards pointed out how much of the coverage was wrong. He hit out at two of the most flagrant offenders — CNN and MSNBC. “Just in the last two weeks, when I watch CNN, MSNBC…when I hear Joe Scarborough saying my client shot his gun sixty times, that’s wrong.”

Richards also took on the lie that Kyle drove across state lines with his rifle, this constant falsehood that the media pushed. “When I hear some guest host on Joy Reid say my client drove four hours to go to a riot with his AR, that’s wrong. It’s false. It makes me angry that they can’t take the time to at least the generic basic facts correct because it didn’t fit in the story they wanted to tell.”

Now he’s not the civil attorney who would pursue the action, but he’s drawing a bright line for them to follow, if they weren’t already taking notes, as I expect they might be. He says no one has filed any civil actions yet on Kyle’s behalf while he has represented Rittenhouse. But now that the criminal case is out of the way, they could move forward on that, if Kyle chooses to do so.

So many people defamed Rittenhouse and are still defaming him even today, so the list of folks to sue is likely to be very long, as my colleague Jennifer Oliver O’Connell reported and one would think most prominently could feature Joe Biden for specifically referring to “white supremacists” in a tweet and campaign ad in which he featured Kyle Rittenhouse’s picture. Not only was that disgusting, that he was trying to attack the teenager to advance his campaign against President Donald Trump, but that he didn’t have the slightest idea of the facts and would intervene in that way in an ongoing criminal action, potentially poisoning the jury against Rittenhouse, was just despicable.

Not only hasn’t Biden learned his lesson, but he and his administration have continued to suggest there is something to be “angry” about in this verdict, rather than simply accepting the verdict. Although — typical coward that Biden is — he refuses to outline just what he’s “angry” about and how that is at odds with initial comment that Biden made that the jury has spoken. As my colleague Sister Toldjah pointed out, Biden is angry even though he hadn’t watched the trial and doesn’t know the facts.

That’s the problem with all the media and the folks on the left like Biden who have lied about this case and defamed Rittenhouse — their political narrative trumped the the facts and the truth in their minds.