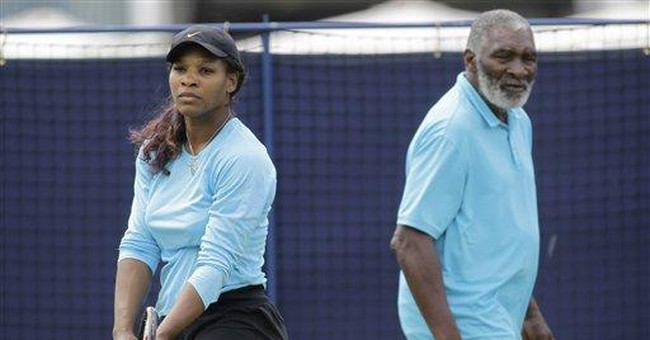 I’ve said it before and I’ll say it again: White progressives are the absolute worst. Especially the feminist types. Black Twitter mobilized to drag a white feminist on Saturday for referring to a film about Serena and Venus Williams’ father as sexist — and it was rather epic.

Dr. Jessica Taylor, who describes herself as a “Bestselling RadFem Author” and a “Chartered Psychologist,” posted a tweet in which she complained about the film, titled “King Richard,” which tells the story of how Richard Williams molded his daughters into the superior athletes they later became. She suggested that focusing on the Williams’ father was sexist:

Did they seriously make a film called ‘King Richard’ about the success of Serena and Venus Williams – but it’s about their dad, Richard?

I get this has annoyed people but I genuinely didn’t expect a film about two of the most powerful, successful and amazing black female athletes to be named after a man, or centre a man.

I would have loved this film to be all about them, and not a man. That’s it really.

The backlash from Black Twitter was fierce, with many high-profile users castigating her for demeaning the role of a black father in raising his daughters. Activist Bree Newsome highlighted how these feminist types view black women:

I saw one white woman refer to King Richard as “benevolent sexism.” But what I find interesting is how white feminism often treats Black women as mascots of feminine strength w/o agency. (It also reminds me of that period when ppl were calling different BW their “spirit animal.”)

Bernice King, daughter of Dr. Martin Luther King Jr, pointed out that Venus and Serena were the producers of the film:

Aren’t Venus and Serena the Executive Producers of #KingRichard?

Doesn’t respecting their choice also honor their understanding of their path and acknowledge their power as women?

It’s a powerful story. And, holistically, it’s much more important than the title indicates.

Preston Mitchum, the Director of Advocacy and Government Affairs at the Trevor Project, also noted the Williams sisters’ involvement in the film, and criticized Taylor for talking down to black people:

It’s nothing quite like non-Black people telling Black people, especially women, how to tell their own stories about their own lives.

The movie, which opened in movie theaters and on HBO Max on Friday, “depicts how [Richard Williams] devised a strategy to help his then-youngest two children thrive in a sport where few Black women had previously succeeded,” according to NBC News.

The film focuses primarily on Venus Williams, because it looks at the early stages of Richard Williams’ development of his daughters and she is the eldest sister.

Taylor’s condescending attitude towards the film is indicative of how the progressive left generally views black people – especially black fathers. It is almost like they wish to make it seem as if we don’t exist or are not valuable. Moreover, it is also reflective of the paternalistic mindset that they adopt when speaking of black issues. These people literally believe they know more than black people about what’s best for us.

The fact that Venus and Serena are black women who made a film to honor their black father has nothing to do with sexism. It has to do with reality: Without their black father, they might not have been able to have the level of success they have earned, and there is absolutely nothing wrong with acknowledging that. Unfortunately, the hard left can’t seem to grasp this concept.