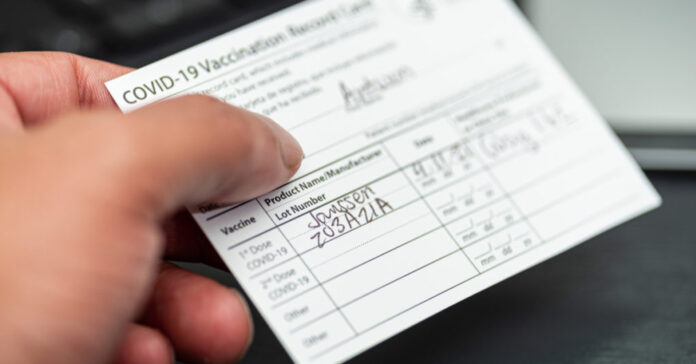 Biden’s vaccine mandates are hitting companies like a sack of bricks across the U.S. Airlines, shipping companies, the military, and really any business with 100+ people employed there are feeling the effects. In turn, these effects are being passed on to the consumer, who is suffering from shortages, price gouging, and delays in shipments.

In response to this crisis, the National Retail Federation, the National Federation of Independent Business, and the American Trucking Associations have joined forces against Biden and his vaccine mandates; filing suit against via Occupation Safety and Health Administration [OSHA]. The suit was filed in the U.S. Court of Appeals for the Fifth Circuit, which is based in Louisiana.

This suit seeks to get America back on track and get the economy reopened. Per the filing “This is not a case about the efficacy of COVID-19 vaccines, which are a marvel of modern medicine. … This is a case about American businesses that do not want to face the immediate irreparable harm of losing employees, incurring substantial and unrecoverable compliance costs, and worsening already fragile supply chains and labor markets.” Their acknowledgment of the science behind the vaccine eliminates the whole ‘trust the science’ cries from the left who oppose medical autonomy.

National Retail Federation President Matthew Shay sees the difficulties with these mandates and wants to keep things going in the right direction. “We have consistently and repeatedly communicated our concerns about the practical challenges of meeting those arbitrary targets…However, it appears that our only remaining course of action is to petition for judicial relief.” Given the Biden, self-imposed January timeline, Shay has pointed out numerous times how irresponsible and illogical this is.

Yet Biden and his train of insanity keep rolling down the line despite massive public outcry. For as much as the libtards love to claim Trump ignored them, Biden straight-up has turned his back on the rest of America that doesn’t bend the knee to kiss the leftist’s ring. This infernal disrespect to the rest of America has left people disgusted. While something needs to be done to ensure the downslope of COVID stays on track, the need to keep the economy going and the people employed is just as great; maybe even greater.

If the people have no jobs and no money to spend on goods and services to keep alive, then what good were the restrictions? If the goods and services cannot be delivered, then again I ask you what good were the restrictions? Quite honestly, if this just plunges us into hyperinflation and a new great recession, then Biden will have completely killed this country.

In total, these groups with their lawsuit have now joined at least 26 states with Republican attorneys general and the Republican National Committee who have also filed suit. These legal proceedings can help get Biden back on the right side of things, but as the President, he can certainly drag his feet and make this take a lot longer. Knowing Sleepy Joe and his mumbling nonsensical thought patterns, that is more than certain to happen. In the meantime, let’s hope things start restoring back to normal because these prices cannot last.