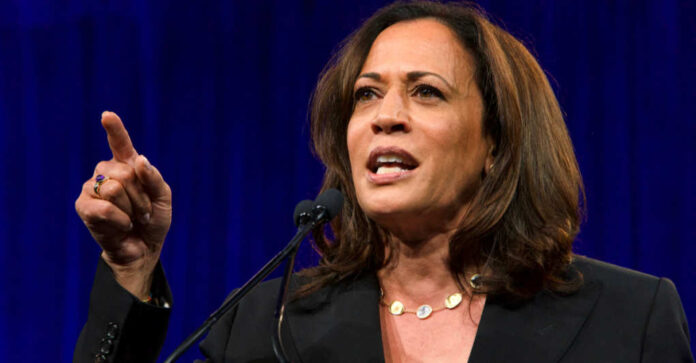 As you can well imagine, approval ratings for the current administration are tanking… and fast. In fact, it is now pretty much a known fact the Biden-Harris regime is the most disliked in our nation’s history thus far. It’s also known that Democratic President Joe Biden’s second in command, Vice President Kamala Harris is the lesser liked of the pair.

And Biden knows it.

Undoubtedly, this has to do with a number of issues, including her failure to effectively handle the out-of-control immigration crisis at our southern border, as well as increasing the number of vaccinated Americans.

But while her failures on at least one of those fronts are certainly her fault, the rest may not be.

You see, rumors are buzzing about a growing tension in the White House between Biden and Harris – and one that is likely to end in disaster, particularly for the first female VP.

When the duo first took over the White House, they swore their administration would do things differently, and that included changing up the usual relationship between the president and vice president. According to Biden, Harris was to be involved in just about everything he did, from the daily presidential briefing and major policy issues to press releases and so on.

And at first, that was the case.

However, after it became clear that the first few agenda items given to Harris, starting with the immigration nightmare, were not being solved in a timely or effective manner, it seems that Biden’s trust in her has waned.

But rather than simply offering a helping hand or pushing her in a direction where she could be more useful, he’s relegated her to the more traditional and behind-the-scenes role of a vice president.

And Harris and her fans resent him for it.

According to CNN and certain White House insider sources, “Kamala Harris is a leader but is not being put in positions to lead. (Biden) should be putting her in positions to succeed, as opposed to putting weights on her. If you did give her the ability to step up and help her lead, it would strengthen you and strengthen the party.”

But that’s clearly not what Biden has in mind.

In fact, buried in one report, in particular, is the idea that Biden and his immediate staff may consider soon replacing Harris and sending her to the Supreme Court instead.

And according to CNN, the “chatter has already reached top levels of the Biden orbit.”

Now, as we all know, rumors in Washington often end up to be just that, nothing more than ramblings, even if one wishes they would come true. However, that doesn’t mean talk on the subject won’t continue.

And as The Daily Wire points out, they will likely get even louder as time and her abysmal approval ratings continue.

According to a poll by USA Today and Suffolk University, only 28 percent of America thinks Harris is doing a good job as our vice president, and some 51 percent disapprove of her performance. Similarly, Biden has an approval rating of only 38 percent.

Biden clearly thinks that part of his administration’s problem is Harris herself. And while it certainly might be, as was already mentioned, the idea of turning his back on her isn’t likely the best solution.

Take the much-talked-about presidential election of 2024, for example. While Biden announced back in March that he would be seeking re-election, many assumed that he would also be giving Harris more responsibility, possibly even putting her in a position to take his place and the 2024 candidacy.

After all, didn’t he say during his campaign that she would need to be able to take over on “day one?”

And the fact that he has grown more and more, well, troubled, to put it lightly, has only given hope to that idea. I mean, if Biden himself isn’t incapable of making sound decisions or even remembering where he is or why shouldn’t his second in command be ready and willing to step up to the plate?

But now, it would seem those ideas have changed, at least when it comes to Harris. And that draws significant concerns from the party, as they become less and less certain of his ability to pull out another win on his own.

Let’s just say either look is not good for the Democratic Party.