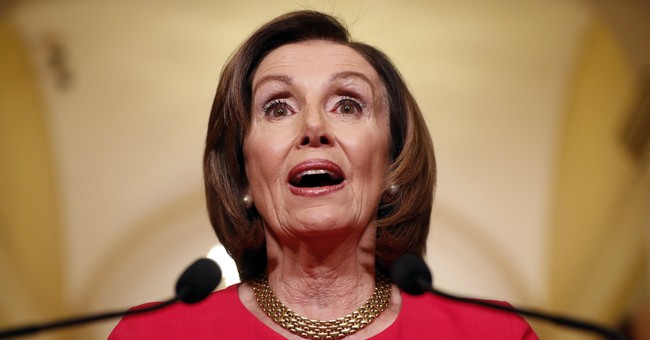 The Democrats’ “reconciliation infrastructure bill,” passed 220-213, with only one Democrat defector, that would change America as we know it now, goes to the Chuck Schumer-controlled Senate, where it faces an uncertain future — a future that may very well come down to the wishes of moderate (by today’s Democrat standards) West Virginia Democrat Sen. Joe Manchin.

The massive bill, which Biden consistently claimed (lied about or was clueless) would cost “zero dollars,” would add $750 billion to the deficit over five years, as projected by the Congressional Budget Office.

However, other experts — The Committee for a Responsible Federal Budget — projects that BBB could cost as much as $4.91 trillion over 10 years, if Congress (Democrats) were to continue to fund the programs with arbitrary sunset provisions.

BBB would not only massively expand social welfare programs, but would also fund major programs on the Democrats’ “climate change” wish list, as noted by Breitbart.

Indiana Rep. Jim Banks, the chairman of the Republican Study Committee (RSC), cataloged many of the most radical provisions of BBB to show the American people where their tax dollars are headed — if Nancy Pelosi, Chuck Schumer, and Joe Biden get this monstrosity through the Senate as is. From the senator’s list of 48 BBB provisions, I selected several “highlights” for your viewing “pleasure.”

1. Innovation-killing Socialist Price Controls: The bill would institute government price-setting of prescription drugs which has shown to be likely to lead to significantly decreased private investment in new cures. (page 1977)

3. 21st Century Segregation: The bill would add back $500 million for schools of medicine prioritizing funding based on racial demographics, and requiring faculty to be hired and students to be recruited based on prioritizing racial and demographic characteristics. (page 658)

4. Left-wing divisive race-baiting: The bill would add back language that continues the left’s divisive and race-baiting attempts to portray everyday Americans as racist and oppressive, claiming all minorities are “denied a full opportunity” to participate in American life. (page 1157)

5. Billions for “Tree Equity”: The bill would include a $2.5 billion slush fund that would send taxpayer dollars to radical environmental groups to plant trees and advance “tree equity.” (page 18)

7. Makes it easier for the IRS to target taxpayers: The bill would make it easier for the IRS to issue penalties against taxpayers by removing the requirement that each penalty assessment is approved by a supervisor. Instead, the bill would merely require supervisors to provide quarterly reports on whether IRS employees are following the proper guidelines and requirements. (page 1934)

8. Money for Gun Control: The bill would spend $2.5 billion for “Community-based Violence Intervention initiatives” which could be used to deny the individual exercise of the 2nd Amendment without due process. (page 876).

9. Perpetuates labor shortage: Continues welfare benefits without work requirements for able-bodied adults without dependents at a time where there are 10.4 million job openings–more openings than there are people looking for work.

10. Forces out faith-based child care providers: The bill blocks the ability of many faith-based providers from participating in the childcare system and will lead to many of their closures (page 214).

Other than the reality that the depth of hypocrisy of the left knows no bounds, the Democrat Party is guided by two basic tenets.

“A government that robs Peter to pay Paul can always depend on the support of Paul.”