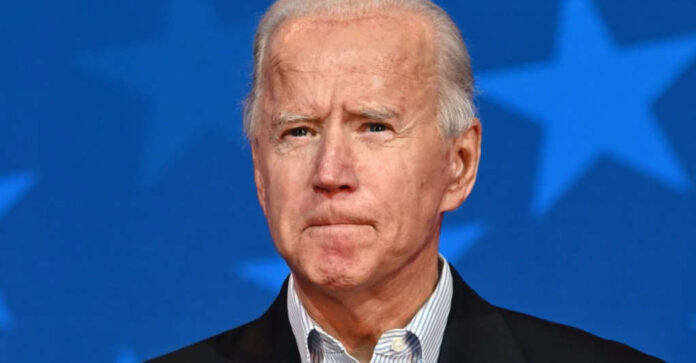 Joe Biden is by far the weakest and worst president to sit in the Oval Office. His reluctance to enforce American policies and keep terrorist activity from popping up worldwide has led to a long list of enemies boldly challenging the nation’s resolve. Biden does not have the backbone necessary to engage the enemy on the multiple fronts that seem to be developing. He would rather sit back and let every American suffer at the hands of the terrorists.

The first display of weakness was his reluctance to help those in Cuba win their independence from the grips of a tyrannical dictator. America had the chance to rid its border of a communist nation, but Biden was too slow to act, and when he finally said something, it was in support of the regime oppressing its people.

Biden would then abandon Americans to the Afghan terrorists setting up shop in a country that many soldiers fought hard to free. His lustful desire for praise led him to pull out and create a vacuum of power that the Taliban were quick to take advantage of. And now, there are hundreds of people stuck behind enemy lines with no hope of rescue.

The latest attack against America comes from an Islamic group located in the country of Yemen. They stormed the embassy taking with them dozens of hostages and ripping of valuable equipment. The bold attack is just another example of what Americans can expect as terrorists encroach upon American borders.

Iran supports the group that attacked the embassy in Yemen. The Houthi terrorists found their way into the building and took 25 Yemen workers hostage. These people were employed by the United States and were helping to make the area a better place to live. But terrorists only care about what they can get to further their murderous cause.

The Free Beacon noted that “A group of Houthi rebels reportedly stormed the U.S. compound on Wednesday seeking ‘large quantities of equipment and materials,’ according to regional reports translated by the Middle East Media Research Institute. The raid comes just five days after the Houthis kidnapped Yemeni nationals who work for the U.S. embassy.”

Joe Biden is responsible for the attack because he has empowered Iran by giving them what they needed most to support terror. He had paved the way for them to get the money that other presidents had strangled off before him because they realized Iran’s threat to the region and world.

The Beacon also reported that “‘ The alleged raid comes after the Houthis kidnapped three Yemeni nationals affiliated with the U.S. Embassy from one of the employee’s private residences in Sana’a on November 5,’ according to MEMRI. At least 22 other Yemenis were kidnapped by the Houthis in recent weeks, most of whom worked on the security staff guarding the embassy grounds, according to MEMRI.”

The only thing Biden’s State Department could claim as many of the hostages were free and that “We call on the Houthis to immediately vacate it and return all seized property. The U.S. government will continue its diplomatic efforts to secure the release of our staff and the vacating of our compound, including through our international partners.”

Diplomacy is not going to work with a bunch of terrorists determined to kill people for fun. Donald Trump had put the Houthis on the terrorist list because he knew their threat to the world. But along comes Joe Biden, who takes them off the list because he thinks they are family-friendly material, and Biden is wrong once again.

This group of terrorists is supported and trained by Iran. The Houthis entered the compound and moved to free all the Iranians being held for crimes against humanity. Their actions are the same that the Taliban did once America had left Afghanistan, and they went and freed all the terrorists being held in prison. Joe Biden is in league with these monsters, and he must be held accountable for the harm and terror that is being unleashed on the sovereignty of America.