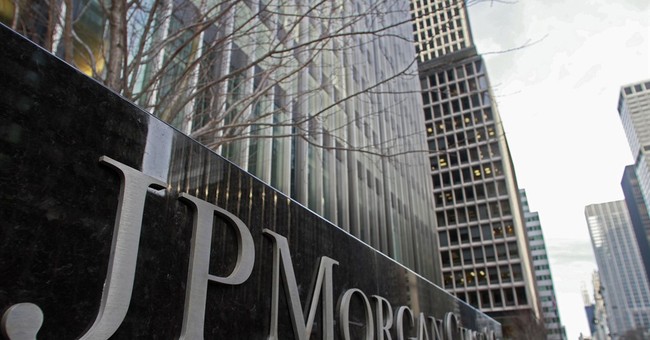 Paul Curtman has been hosting “Defense of Liberty” dinner events for ten years. Curtman is a Marine Corps veteran who served as an infantry squad leader in Operation Enduring Freedom. Following his military service, Paul served in the Missouri House of Representatives from 2011 to 2019. Currently, he is a financial services advisor and radio host (at NewsTalkSTL).

The Defense of Liberty PAC was formed in 2017 and, with Curtman and Missouri State Senator Bill Eigel as co-hosts, has continued to hold these events featuring various conservative/right-of-center local and state politicians, as well as high-profile guest speakers — most recently, in August of 2021, Candace Owens. That event was such a success — with over 1,200 attendees — the group decided to put on another event in December — this time featuring Donald Trump, Jr as the main attraction.

Tickets for that event went on sale in late October. In order to process ticket payments, the PAC had partnered with WePay, a subsidiary of Chase Bank with whom they’d worked on previous events. All was well and good until two weeks ago, when WePay contacted Curtman and first indicated they needed some additional documentation. Then, after Curtman supplied the documentation requested, abruptly severed the relationship.

On Nov. 9, the company notified Curtman that it had canceled the contract, refunded the $30,000 already paid for tickets and would not do business with the group in the future.

The message cited an entry placed under the general heading of “Illegal” in the WePay list of prohibited activities.

“It seems you’re using WePay Payments for one or more of the activities prohibited by our terms of service,” a copy of the message, forwarded to The Independent, states. “More specifically: Per our terms of service, we are unable to process for hate, violence, racial intolerance, terrorism, the financial exploitation of a crime, or items or activities that encourage, promote, facilitate, or instruct others regarding the same.”

You read that right: WePay asserted that an organization whose most recent guest speaker was an African-American woman (Owens), whose upcoming event was set to feature Cecilia S. Johnson, National Director of Black Engagement for the RNC, and whose hosts were directly involved in fighting terror was engaged in “hate, violence, racial intolerance, terrorism.” (Having attended several of these events, I can assure you this assertion is utter bunk.)

Curtman has spoken about this on local radio over the past week. You can hear his most recent interviews on NewsTalkSTL here and here. But the fight isn’t stopping there.

The Defense of Liberty Speaker Series began over a decade ago, and has hosted conservative speakers from a variety of backgrounds in eight public events, including Candace Owens, U.S. Senator Roy Blunt, and Congressman Jason Smith among others. In that ten-year history, there have been no incidents that fit the description of prohibited activities listed by WePay. The series provides an opportunity for leading conservative thinkers to share ideas . Hate, violence, racial intolerance, and terrorism are antithetical to the mission of the Defense of Liberty organization and its founder Paul Curtman, who served our nation admirably in the Marine Corps and deployed to the Middle East in support of Operation Enduring Freedom.

Despite the accusation of wrongdoing and suspension of services, WePay has thus far failed to provide any additional information or specifics about how the group or this event fall into any of these troubling categories.

Consequently, the only reasonable conclusion is the largest bank in the United States, JP Morgan Chase, has made it its policy to discriminate against its customers based on their political ideology. By doing so your institution is discriminating against ideology that was supported by half of the country and 60% of voting Missourians in the last election.

While as a private business you are free to choose who you want to do business with, it will be the policy of the Missouri State Treasurer’s Office that the State of Missouri will not do business with JP Morgan Chase, or any other financial institution that discriminates against customers based on mainstream political ideology so long as that discrimination continues.

Fitzpatrick was a guest on Tucker Carlson’s show last night and elaborated:

Then, WePay seemingly did an about-face.

On Wednesday night, after The Independent reported that the event was canceled and the reason, a spokesperson for JPMorgan Chase wrote in an email that the decision had been a mistake.

“After further review, we determined that this organization didn’t violate the terms of service, and we are reaching out to the client to discuss reinstating the account,” the statement read. “To be clear, we have never and would never close an account due to a client’s political affiliation.”

As Curtman pointed out in his interview with Mike Ferguson this morning, it’s too late now — the damage is done. The organization and event lost two-and-a-half weeks’ worth of sales, not to mention the smearing of the organization and event with heinous accusations. Because of this, the event has had to be postponed (hopefully to be rescheduled in a couple of months). Curtman also noted this isn’t just an inconvenience — this has a direct impact on the venue and vendors who were set to host and cater the event.

Missouri’s Treasurer isn’t the only official who’s taken notice of the issue and called for answers. Attorney General Eric Schmitt issued his own letter to Dimon today:

Schmitt asserts that Missourians are owed an explanation, pressing Chase:

If JPMorgan Chase’s statement last night is true that it has ‘never and would never close an account due to a client’s political affiliation,’ then what was the reason for the cancellation? In addition, what steps has JPMorgan Chase taken to remedy this mistake and ensure that it will not discriminate against conservative events in the future.

Indeed, as Curtman has noted, even if it is not Chase’s policy to open/maintain customer accounts based on their political affiliation, someone with some degree of authority in the organization felt sufficiently empowered to make this call. Seems as though they bought themselves some terrible PR in the process.

When the Defense of Liberty dinner is held — and it will be (albeit, not in December as originally planned), something tells me it will be quite well-attended. And some other payment processing company will enjoy the profits and the benefits of doing business with liberty-minded Missourians.