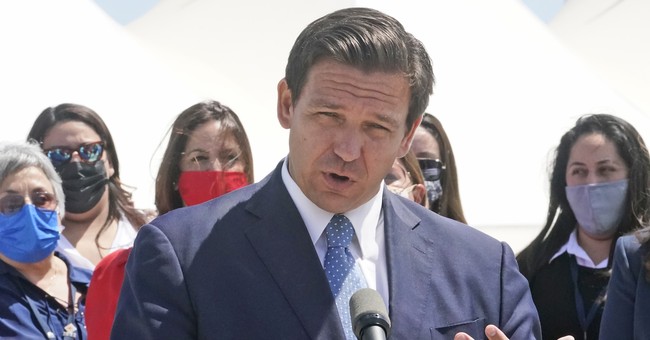 Back in August, President Joe Biden thought he was being pretty clever when he pretended to forget Florida Gov. Ron DeSantis’ name when asked his reaction to DeSantis stating that he would be standing in the way of any federal overreach into the state of Florida. “Governor who?” Biden foolishly responded to the reporter’s question.

As I noted at the time, for a guy like DeSantis who eats his political enemies for breakfast and then goes on later in the day to dunk the left-wing partisans in the press without breaking a sweat even in the sweltering Florida heat, hearing Biden even jokingly refer to him as “Governor who?” was going to be like catnip, or the equivalent of waving a red flag in front of a bull whose nostrils are flaring, and who is ready to strike the aging matador who thinks it’s a good idea to tease him.

Since then, Ron DeSantis has indeed upped his game against Biden whether it be on policy issues like illegal immigration or just a general war of words, perhaps in anticipation of a possible 2024 match-up. More recently, DeSantis smoothly inserted himself into the “Let’s go, Brandon” wars with a Brandon quip of his own.

The message from DeSantis has been quite clear: “Forget” my name at your own risk.

The latest apparent DeSantis dig at Biden was in the choosing of the location of a scheduled press conference for this morning. The city? Brandon, Florida. The location? Brandon Honda:

According to ClickOrlando, it’s unclear as of this writing what the presser will be about, but they have some ideas:

It is unknown what the news conference will be addressing, but it comes after a three-day special legislative session where the Florida Senate voted along party lines to send four bills to DeSantis that aim at fighting federal coronavirus mandates, the most significant of which will prohibit governments from mandating COVID-19 vaccines for employees without broad exemptions.

As I write this, “Brandon, Florida” is trending on Twitter for obvious reasons.

This (unverified) image is making the rounds as well:

The Usual Suspects are, of course, triggered:

Related: DeSantis’ New ‘Has a Pair’ Merch Might Just Be the Best Thing You See All Day