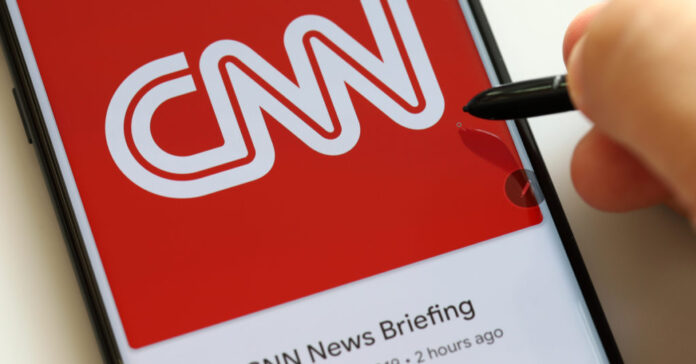 Critical Race Theory, commonly abbreviated to CRT, has become a problem across the nation. Not only does it want to teach that the U.S. is inherently racist, but it also wants to make white people feel bad for the color of their skin.

If we’re going to say goodbye to racism, we have to stop making it about the color of someone’s skin. Yet, CRT wants to do just that.

The progressives have been trying to figure out how to shove CRT into classrooms for years now. And, in many liberal areas of the country, it is most certainly a part of the curriculum. Particularly in Virginia, white students have come home to cry about what a teacher has said to them because of a CRT lesson in the classroom.

Brianna Keilar of CNN wants to pretend as though CRT doesn’t exist. She knows that it’s bad for the progressive agenda, so she’ll just kick it under the rug and deny that it’s in classrooms. She made the mistake of trying to deny its existence to Senator Rick Scott, who decided that it was time to school the liberal journalist.

Let’s be clear. One of the reasons why this was even being discussed is the recent election for the Virginia governor. Glenn Youngkin vowed to make sure that parents were given a voice. And, it’s one of the reasons why he won. He and Lt.-governor elect Winsome Sears have bowed to ban the teaching of CRT in the classrooms.

Keilar wants to claim that it’s never been taught simply because the words “Critical Race Theory” don’t appear in any of the lessons. However, whether it’s called CRT or not is beside the point. If the content is there, it’s most certainly CRT.

That’s where CNN seems to be confused. They don’t seem to know what CRT looks like. Luckily, Scott is prepared to show them exactly what it looks like. That way, parents in other states can recognize the progressive and divisive teachings when it shows up, too.

On the Virginia Department of Education website, there’s a full list of lessons that include “cultural responsive alternatives” that discusses not only “incorporate Critical Race Theory lens” but also “Engineer culturally-affirming physical and emotional classroom climates.” The list goes on and on to absolutely destroy children and focus on skin color above and beyond anything else.

Before Keilar opens her mouth to dismiss something, she really should make sure to do a fact check. Virginia most certainly is using CRT in the classrooms…but Youngkin and Sears will be putting an end to that.

Beyond Scott making sure to be very clear about the blueprint of the progressives, anti-CRT activist Christopher Rufo decided to chime in on an interview with Fox News. His overall view is that the liberals have no choice but to lie and deny that CRT is being taught in the classrooms. He calls it a “deliberate strategy.”

It’s hard to believe anything said by CNN anyway. However, the concept is designed to blame white people as being oppressive…and turn around and be racist toward white people to somehow right the wrongs that occurred over 100 years ago. It’s BS, and CNN knows it, but they have to deny it now or the liberals will continue to lose elections.