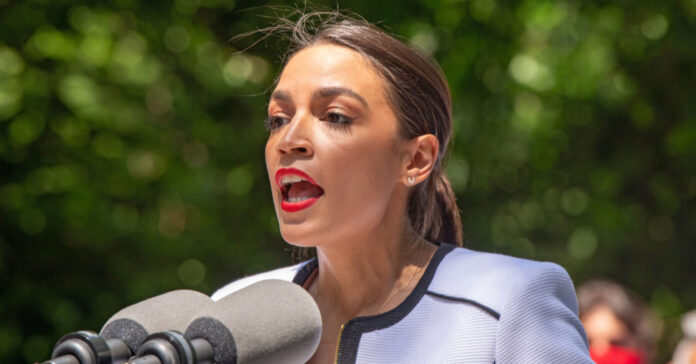 Alexandria Ocasio-Cortez (AOC) has decided to provide a roadmap to Democrats who are up for reelection. She believes that the only way to get a win is to focus on racial injustice.

In a recent tweet, she warned that “One dangerous aspect of thinking there’s a ‘woke problem’ is that Dem chances for re-election or majorities in House, Senate, & WHI rely on the racial justice issue of voting rights.”

She believes that when Dems distance themselves from racial justice issues as a whole, it makes protecting voting rights less likely…and losses are sure to follow.

Of course, none of this makes sense. However, she wants to make sure that the moderates don’t make some bold move by banning together and dismissing racial justice altogether.

If you really look at what’s going on when the far left decide that they want to pursue racial justice, they eliminate an entire race. They believe that the only way to seek racial justice is by punishing one race in order to lift another race up.

How is that fair? How is it fair to tell a child that they cannot participate because of the color of their skin? In the past, for the most part, everything was equal. If you work hard, you can be anything that you want to be. It’s why we have people of color working as lawyers, doctors, politicians, and CEOs all over the country.

The far left doesn’t want to work, though. And, through their laziness, they’re content to blame everything on the people who do work hard. And, they’ve decided, through convoluted thinking, that the only people who work hard are the white people. It’s why they believe that it’s okay to give more to the black people and less to the white people.

However, if we’re going to truly wrong any racism that happened, we cannot suddenly show racism toward white people. Especially in school where kids are learning how to be social, it cannot be broken down to skin color.

For example, a middle school in Pennsylvania launched a grant program for students to learn how to fly drones. The problem? Only black kids need apply. That’s what racial justice looks like for AOC and people like her. To her, there’s no issue. Meanwhile, every white kid at that middle school went home and cried because they got denied access to a program based on skin color.

Isn’t that the very sort of thing that we’re trying to avoid?

Nope. Apparently not. As long as it’s a white kid crying and not a black kid, they feel as though their job is done.

AOC wants to claim that racial justice shouldn’t be framed as “controversial.” But, isn’t it? After all, they’re not looking to bring justice to all races…only people of color. It’s not a racial issue. It’s a humanity issue.

As Andrew Foster tweeted back to the progressive politician, “It’s how woke is presented. Lose the Kendi, Coates & Diangelo bs rhetoric. This has been a gift to the right. Focus on working class solidarity & how Medicare, education, & empowering labor will disproportionately help communities of color & the poor.”

Notice that? Help communities of color AND. THE. POOR. The poor whites are left out because people like AOC want to make it about race.

Until the progressive left stops to listen to people of every color, the Dems will continue to lose elections because racial justice can’t exclude.