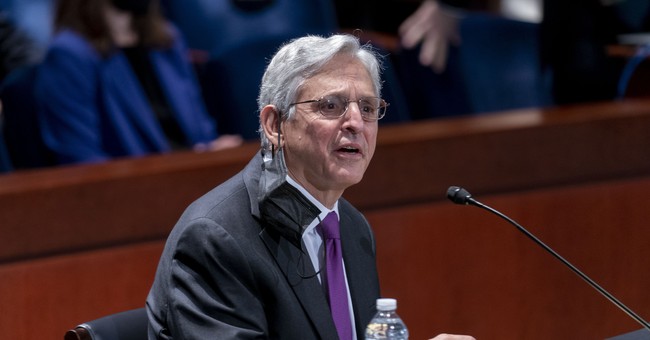 Rarely does anything in the news surprise me anymore, but consider today’s happenings an exception. In an explosive development, a whistleblower has delivered an email to Congress proving that Attorney General Merrick Garland lied under oath while testifying on Capitol Hill some weeks ago.

As RedState reported at the time, Garland’s statements surrounding the targeting of parents as “domestic terrorists” simply did not add up, with his mix of denialism and unwillingness to address the issue only adding to the suspicion that the DOJ had and continued to act improperly.

Now, these new documents deliver a decisive blow to Garland’s previous assertion that the DOJ/FBI was not using the counterterrorism apparatus to target parents. In fact, they show the opposite, i.e. that the counterterrorism division was not only involved (and presumably still is) but that it was being used to “tag” parents as potential threats.

Below is the actual email in question posted by Christopher Rufo, who has been at the tip of the spear in fighting for parental rights in regard to schools, specifically in battling Critical Race Theory.

The email specifically acknowledges that Garland’s directive, which itself was spawned by unfounded claims from the NSBA, was the catalyst for mobilizing the counterterrorism division to begin tagging threats. Things progressed so far as to have a special tag created specifically to target those opposing school boards and teachers called “EDUOFFICIALS.” From there, three tests are laid out in the email to further score the supposed threat.

By comparison, here’s what Garland had to say about the issue back in late October, where he clearly stated the DOJ and FBI were doing no such thing.

Rep. Jim Jordan spoke out in response, noting that Garland has some “explaining” to do.

“Merrick Garland testified that the FBI wasn’t targeting parents,” Rep. Jim Jordan (R-Ohio) said. “We now know the FBI is “tagging” parents they consider threatening. The Attorney General has some explaining to do.”

Of course, Garland won’t actually have to explain anything because he is a completely unaccountable figure. The Attorney General is not going to charge himself for lying to Congress. The Biden administration won’t lift a finger either. Unfortunately, the reality we live in is one of total lawlessness when it comes to our vaunted bureaucracies.

Certainly, there’s some serious irony in Garland running his mouth recently about the sanctity of the law in relation to charging Steve Bannon for contempt of Congress while at the same time Garland appears to have lied to Congress himself. Don’t ever let someone tell you that we don’t have a two-tiered justice system because we absolutely do.

As to the whistleblower who handed this email over, I hope they’ve got a good legal team because they are going to need it. You can expect Garland and his cohorts to respond with a vengeance, further weaponizing an already overtly political DOJ. For all his meekness in public, the Attorney General is a fierce partisan who is not going to take too kindly to being exposed as the liar and hypocrite he is.

Lastly, I’ll just reiterate what I’ve said many times. The DOJ and FBI do not just need to be reformed, they need to be disbanded.