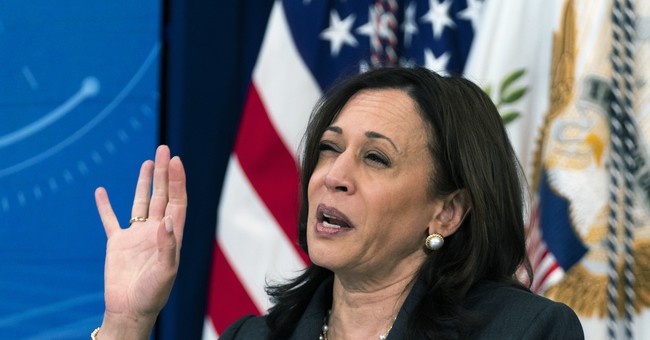 How are things going between Kamala Harris and her people with Joe Biden and his folks in the White House?

Not well, if we are to believe recent stories about the division between the two camps.

When even CNN is writing about it, you know there’s an issue. Are they abandoning Kamala or simply taking Biden’s side in the throw down?

Worn out by what they see as entrenched dysfunction and lack of focus, key West Wing aides have largely thrown up their hands at Vice President Kamala Harris and her staff — deciding there simply isn’t time to deal with them right now, especially at a moment when President Joe Biden faces quickly multiplying legislative and political concerns.

The exasperation runs both ways. Interviews with nearly three dozen former and current Harris aides, administration officials, Democratic operatives, donors and outside advisers — who spoke extensively to CNN — reveal a complex reality inside the White House. Many in the vice president’s circle fume that she’s not being adequately prepared or positioned, and instead is being sidelined. The vice president herself has told several confidants she feels constrained in what she’s able to do politically. And those around her remain wary of even hinting at future political ambitions, with Biden’s team highly attuned to signs of disloyalty, particularly from the vice president.

Meanwhile, she was pretty much ignored by the French on her visit to Paris. This was the take on the trip from Politico.eu:

One of the things missing? The French, they mocked.

So if the idea was to use her to help with relations or meant to launch her on the world scene, it doesn’t seem to have done the trick.

Harris was one of the VIP guests at the opening ceremony of the Paris Peace Forum, Macron’s yearly marquee event on global multilateralism.

But her speech fell a bit flat, with Harris offering little by way of concrete solutions or new game-changing proposals to fight inequalities.

Instead, the U.S. vice president called on world leaders to “refuse to accept the status quo” and fight the “dramatic rise” in inequalities.

In order to be launched, they first have to notice that you’re there. That would be kind of a fundamental element to all this.

But this is a big part of the reported division — that Harris doesn’t think that she’s getting treated appropriately or featured favorably for things she wants.

That’s why what happened at the signing of the infrastructure bill today with Joe Biden was so funny and in true Biden-Harris fashion, completely confused.

Harris was there, trying to be in on the “success” of signing the bill. However, when it came her time to speak, the music played, “Hail to the Chief” which was more than a little odd with Joe Biden sitting right behind her. But you can see her beaming with the thought that the song might someday be for her.

Then the announcer asked everyone to “Please welcome Heather Kurtenbach” as Harris awkwardly stood at the podium to make her remarks. Kurtenbach was the lady standing behind Harris. You could see Harris’ face change and tighten, then came the fake smile and she said, “In a moment,” obviously disturbed. She then cackled a bit and Joe Biden laughed.

Then, you would think, normally, it would be Harris who would be introducing Joe Biden for his comments on the bill. Instead, they had Kurtenbach, the political director of Iron Workers Local 86 in Washington state.

How did this all happen? Harris was probably penciled in to make remarks at the last minute to appease her after the reports of division. But then they didn’t change the order of things with the announcer. Is this the typical incoherence of the Biden-Harris Administration? Or was it a straight-up troll of Harris by the Biden folks? All we can say is, it’s the Brandon-Kurtenbach Administration now.