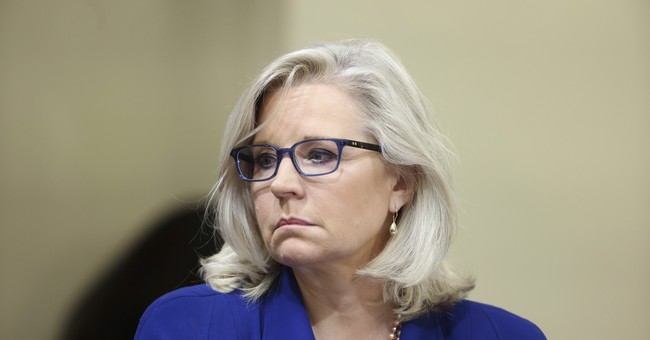 In a move that should surprise no one (except for the amount of time it took), the Wyoming Republican Party has decided they will no longer acknowledge Rep. Liz Cheney (R-Wyo) as a Republican.

On Saturday the state party passed the resolution by a margin of 31-29.

From the Casper Star-Tribune :

“It’s laughable to suggest Liz is anything but a committed conservative Republican. She is bound by her oath to the Constitution. Sadly, a portion of the Wyoming GOP leadership has abandoned that fundamental principle, and instead allowed themselves to be held hostage to the lies of a dangerous and irrational man,” Jeremy Adler, a Cheney spokesman, said in a statement to The Hill on Monday.

Cheney’s outspoken opposition to Donald Trump, his voters and her vote to impeach Trump over the riots on Capitol Hill last January have caused many Republicans and conservatives to question just who she portends to be representing.

Cheney is facing four primary challenges in the next election cycle. One primary opponent, Harriet Hageman, told the Star Tribune that the move was fitting considering Cheney’s break with the state party.

“It’s fitting because Liz Cheney stopped recognizing what Wyomingites care about a long time ago. When she launched her war against President Trump, she completely broke with where we are as a state,” Hageman said in a statement.

The Wyoming GOP’s resolution also asked congressional Republicans to “immediately remove” her from all committee assignments and “expedite her seamless exodus from the Republican Party.”