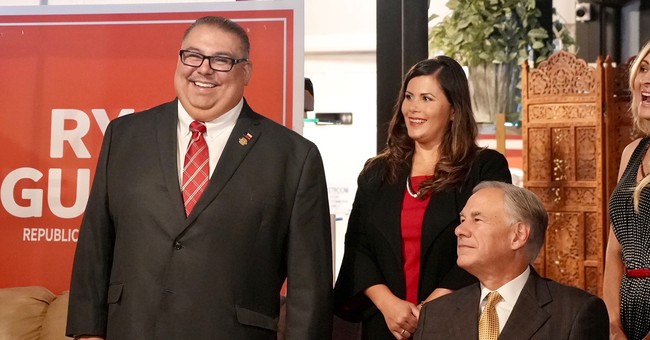 “Don’t California my Texas” has been a popular phrase amongst Texans for some time now. For years, we here in the Lone Star State have watched people from New York and California flee to our greener pastures and while we love the fact that we have such an inviting atmosphere that businesses and people want to come to, we worried that people would forget the reason they came here in the first place.

Texas has no state tax and a lower cost of living. A three-bedroom home in a nice neighborhood in the suburbs outside of Dallas costs many times less what a two-bedroom house would cost in Los Angeles. We like it this way, and the last thing we want is for people to come in from out of state and screw this up by voting in policies that ruined their previous homes.

Yet, despite the constant influx of people from blue coastal states, Texas has maintained its crimson red hue. It would appear that many people did learn their lesson and aren’t falling for what they used to buy from Democrats. These former Democrats now seem to be voting Republican.

This is bad news for the left…but it gets worse.

It would appear that even Democrat officials are swapping parties and becoming Republicans. As indicated by The Texan, Rep. Ryan Guillen of Rio Grande City announced that he’s had it with the Democrats and is exchanging the “D” for an “R”:

“Something is happening in South Texas. Many of us are waking up to the fact that the values in Washington D.C. are not our values in South Texas,” Guillen said at the announcement. “I’m proud to continue voting the way I have and not doing so against my party.”

Guillen was flanked by some of the state’s top Republican officials such as Governor Greg Abbott, Speaker Dade Phelan (R-Beaumont), and Texas GOP Chairman Matt Rinaldi.

Guillen has a track record of being pretty moderate, to begin with, and some of the more salty Democrats would say he was a Republican already, but the fact is he wasn’t.

This should scare Democrats, and it should be seen as a continued pattern of things drifting further and further to the right on them. Virginia went from being a Democrat Party-state to a Republican one, and a lot of it was thanks to the same mindset that Guillen mentioned in his speech. The left has fallen over into radicalism and has disconnected itself from the people.

This was mentioned by Texas GOP Chairman Matt Renaldi as well.

“Following this month’s Republican victories in Virginia and in Texas HD 118, this is yet another example of how the increasing extremism of the Democratic Party has alienated Texans who care about smaller government, strong families, safe communities, and the protection of the unborn. Those people have a home in our party,” he said at Guillen’s announcement.

This puts Texas even further out of reach of the Democrats, especially considering that both two traditionally Democrat strongholds in Texas went Republican recently as well, including McAllen County Starr County, and Zapata County.

It’s clear that the Democrats have nothing going on in Texas. Even its challenger for Governorship of the state, Beto O’Rourke, proves that Democrats are desperate to find any kind of foothold they can.

For now, it would appear that despite the left’s hopes that Texas would begin tinging purple, it will remain solidly Republican. While time will tell if this is true or not, all these strongholds leaning to the right shouldn’t give the left any cause to hope.