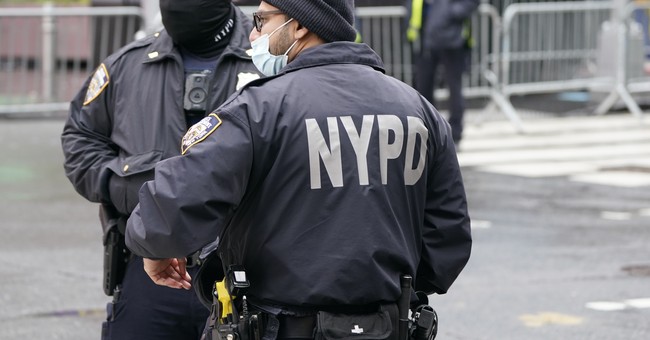 It appears police officers are opting for greener pastures after Florida cities have been recruiting personnel from blue states, particularly in the cities. This comes amid widespread anti-police sentiment that has been fomented by the hard left in places like New York City and Minneapolis.

Lakeland — a community of 108,000 people 35 miles east of Tampa — mounted a social media campaign targeting NYC cops earlier this year, and in April dispatched a delegation to recruit in Times Square.

Fourteen former Finest moved to Lakeland in the past year — 12 of them wooed over the past two months thanks to the recruiting trip.

Matthew Spoto, a former NYPD police officer, told reporters in September that the respect they receive in the Sunshine State “was an eye opener,” and explained that in New York, “it was almost like I was ashamed to be a law enforcement officer.”

According to the Lakeland Ledger, the minimum salary for a police officer is $53,000, while NYPD officers start out by earning $42,500 annually. Even better, Florida does not have city or state income taxes.

While there is not yet data showing how many law enforcement officers to moving to Florida, “anecdotal evidence” seems to suggest that they are leaving blue states, according to a spokesperson for the National Association of Police Organizations.

“They don’t even need to go all the way to Florida. There are many better-paying police departments in and around NYC, and they’re hiring,” he said. “We certainly don’t blame anybody for leaving. But New York City needs to wake up.”

Mayor de Blasio’s executive-order vaccine mandate has been the latest trigger for some cops amid what they describe as a hostile legal, social and political environment. States such as Florida responded by rolling out the red carpet.

Republican Florida Gov. Ron DeSantis last Monday said: “No cop, no firefighter, no nurse, nobody should be losing their jobs because of these jabs.”

The governor gave first responders in Florida a $1,000 pandemic bonus in May and has announced plans to provide a $5,000 bonus for out-of-state cops to work in the state.

“While some parts of the country caved to the radical Left, defunded police, and saw huge increases in crime over the past year, Governor DeSantis has always ensured that law and order prevail in Florida. Law enforcement personnel are always going to feel appreciated here, and under state law — signed by Governor DeSantis this year — local governments are not able to ‘defund the police’ in their communities.”

She also affirmed that “[t]he Governor’s initiatives include $5,000 bonuses for new recruits and law enforcement officers who come from out of state to work in Florida. This will be beneficial for our state, because public safety is the cornerstone of a thriving society.”

I asked Pushaw if she knows if officers from other states are planning to relocate to Florida. She responded:

“Our office receives emails from officers and their family members often, expressing interest in relocating to Florida, so I’m sure there are — but the local police departments handle recruitment themselves, the Governor’s office does not have all the info from PDs, so the PDs themselves are better to ask about details.

I know Lakeland PD had 13 vacancies earlier this year and they filled those vacancies with NYPD cops. They had a recruitment table in Times Square for several days.”

It seems the DeSantis administration is doing something right when it comes to how it treats its first responders. It would be no surprise if law enforcement officers, along with other first responders, decide to make the move. Democratic local and state governments have thrown these people under the bus, backed the bus up, and then run them over again.

It turns out that encouraging hostility towards officers by pretending they are all Derek Chauvin isn’t the way to retain law enforcement personnel. Imposing draconian vaccine mandates is also an issue, for sure. But even before this development, cities were seeing record numbers of retirements among police officers and, despite what the left would gaslight us to believe, this has contributed greatly to the skyrocketing crime rates being seen all over the nation.

One would think that by now, Democrats would reconsider their anti-police stances – it’s certainly hurting them in the polls. But for these people, virtue signaling about police misconduct is more important than actually keeping residents safe. Come 2022, this will be one of a series of nails in the Democrats’ coffin.