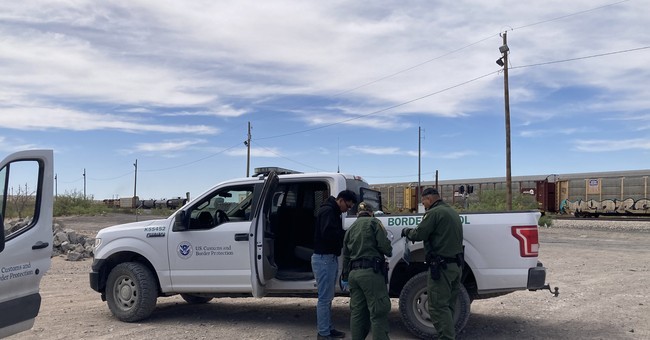 Recent reports revealed that Mexican drug cartels are taking full advantage of President Joe Biden’s border crisis, and it’s getting even more deadly. I previously wrote about how Biden’s immigration policies are empowering the cartels, which have benefitted from increased business with smuggling, and human and drug trafficking.

But now the situation has become even more dire, with cartels carrying out murders on U.S. soil with impunity. Lt. Chris Olivarez of the Texas Department of Public Safety said that on October 26, his agency discovered a woman who was presumably murdered by Mexican cartel operatives in Texas and that they believed she was mutilated, raped, and tortured before being killed. He told Fox News:

“These criminal organizations come across from Mexico to the US side and they murder individuals. We’ve had several incidents that have taken place along the border using professional-type weapons. Very professional and methodical about how they do it and then they go back to Mexico.”

The official explained that cartels typically carry out these gruesome murders to send a message to their rivals. But previously, they hadn’t committed these atrocities on U.S. soil.

“And the crime and the increase and brazenness of the drug cartels along the border is something that they can’t even explain themselves. In October 26, not too long ago, they discovered the body of a woman who was mutilated cartel style on the US side of the border.”.

She also noted that since Texas Gov. Greg Abbott imposed criminal trespass laws, law enforcement have arrested over 1,800 people trying to escape from the authorities.

Abbott lashed out at President Biden last Wednesday for turning “a blind eye” to the worsening situation at the southern border while paying more attention to the refugee crisis occurring along the Belarusian-Polish border.

“President Biden’s concern for other nations’ borders, while he turns a blind eye to the United States’ borders that he swore to protect and defend, is appalling. His reckless open border policies have created an ongoing crisis along our southern border, leading to a 61-year record-high number of illegal immigrants surging into our state.”

Between October 2020 and October 2021, the authorities had almost 1.7 million encounters with people attempting to illegally cross the border, according to Customs and Border Protection.

Eze explained that the Lone Star State is attempting to address the illegal immigration issue since it is clear the White House is not interested. She said:

“Since Governor Abbott launched Operation Lone Star in March, the National Guard and DPS have apprehended over 76,000 migrants and arrested over 8,800 who committed a state or federal crime, including smugglers and human traffickers, to crack down on illegal crossings of migrants coming from over 150 countries around the world.”

The fact that this story has not been highlighted by the activist media is appalling, but not surprising. There is much happening at the border that the Fourth Estate would rather us not know. While cartels have not been killing Americans on U.S. soil, the fact that they would brazenly carry out brutal murders on our side of the border is alarming.

With this feckless administration, how long will it be before they start coming after American citizens? The president has insisted on mishandling this situation from the jump, paying lip service to solving the problem. Biden has yet to so much as visit the border, and Vice President Kamala Harris only did so after she was repeatedly called out for her lack of interest.

It is difficult to imagine what it will take for the president to finally take the issue seriously. But it is clear this will be one of the issues that will lead to the Democrats’ upcoming shellacking in the 2022 midterm elections.