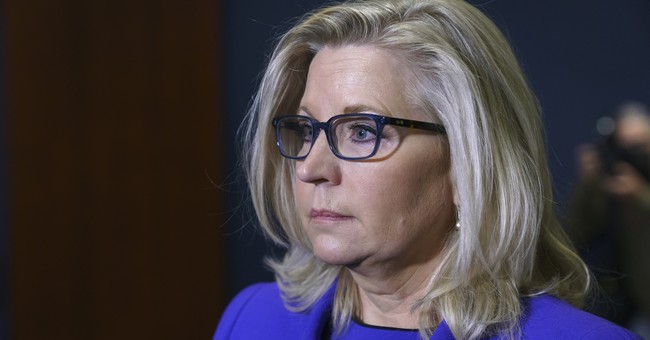 Liz Cheney isn’t even trying anymore. That’s the conclusion I’ve come to over the last year watching her suck up to Nancy Pelosi, throwing all principle to the wind in order to push a rabid January 6th narrative that doesn’t match the evidence.

There was a point where Cheney could have said her piece, even opposing Donald Trump, without completely blowing up her credibility. Yet, perhaps sensing that things aren’t likely to go well for her next year in Wyoming, she has gone fully embraced the CNN lifestyle. Case in point? This ridiculous shot she took at Ted Cruz today.

There are several parts to this, but let’s start with the fact that Cruz is right. There is no Republican lane in the 2024 Republican primary for Liz Cheney or anyone like her. If she wants a shot at the presidency, and it appears she does, she’ll have to do it as a moderate Democrat, trying to capitalize on the newfound respect she’s gained from the left. So in that sense, why get mad at Cruz for speaking the truth?

Secondly, last I checked, Cruz is a member of the Republican Party and one that is in far better standing than Cheney. That makes the shot about “my party” nonsensical on its face. Disagreements aside, Cheney does not have a monopoly on what it means to be a Republican, especially as she does press conferences with Democrats and obsesses over January 6th while ignoring the plight of real Americans.

Lastly, and perhaps most importantly, her secessionist shot is dishonest garbage. While some on the right have discussed the possibility that the country could eventually splinter, Cruz has actually been vocally against the idea of secession. In fact, just a few weeks ago, he was asked about the topic while doing an event on the campus of Texas A&M. He pointedly said he did not agree with those calling for secession and defended continued attempts to unify the country.

Yet, Cheney didn’t even bother to check her facts because she is a boring, lazy politician at this point. Instead of trying to do something worthwhile, she has become content to spew CNN talking points at people who are ostensibly her colleagues, likely in preparation for her next career move. But while she preens from her faux moral high-horse, the rest of us remember her awful decision making and the deaths of thousands of Americans (and hundreds of thousands of Syrians, Iraqis, and Afghans) who partially rest on her arrogant shoulders. She isn’t principled. She’s an opportunist.