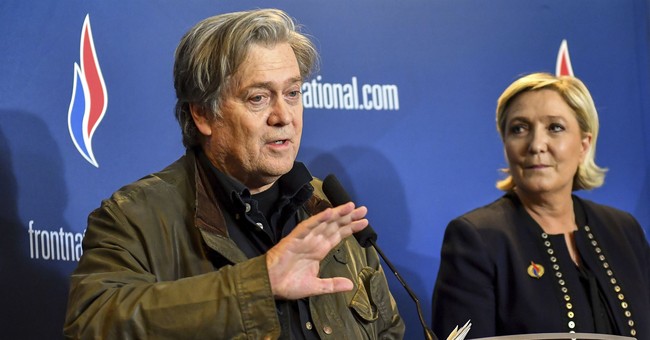 Steve Bannon, the former Trump campaign official and current media personality, has been indicted again. Formerly, Bannon was arrested on charges of defrauding donors. He would eventually receive a pardon from then outgoing President Donald Trump.

This time, the DOJ is going after him under the guise of contempt of Congress for ignoring a subpoena from the January 6th committee. That was announced today.

Contempt of Congress is another law that’s rarely enforced, often because separation of powers becomes an issue. You’ll remember that Barack Obama’s Attorney General, Eric Holder, committed contempt of Congress by refusing to cooperate during the Fast and Furious investigation and ignoring a subpoena. Of course, no charges were ever filed in that situation. In this case, Bannon did not appear because Trump is alleging executive privilege.

But as has become the pattern with our justice system, if you are somehow connected to Donald Trump, the standards change. Charges over FARA violations, for example, were essentially non-existent until Trump came into office. Then the FBI and DOJ decided it was the most important statute in the world to enforce. Of course, to this day, many on the left side of the aisle, such as Hunter Biden, continue to come under no scrutiny despite probable FARA violations documented by evidence.

This entire thing is a joke. The January 6th committee is not something that should be taken seriously because it’s led by unserious people. It’s a partisan witch-hunt that has already been discredited by the FBI itself. Yet, Biden’s DOJ, let by Merrick Garland, is going to press the issue anyway with this silly indictment of Bannon. We’ll see where it goes.