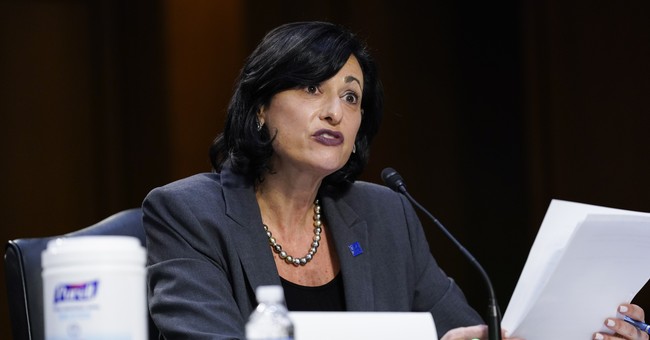 While the Kyle Rittenhouse trial has sucked up all the oxygen in the current news cycle, another bit of news is flying under the radar. That involves the contentious topic of natural immunity from COVID-19, which is essentially treated as non-existent by the federal government and its policies.

In a remarkable admission, the CDC wrote in a letter that it does not have a single case on record of someone naturally immune to COVID-19 spreading the virus.

Now, it would be easy to fall into the trap of thinking this means something it doesn’t technically mean, and I’m sure the “fact-checkers” are frothing at the mouth just reading the introduction of this article. But I’m going to disappoint them because this letter is not proof that those with natural immunity don’t spread COVID-19. In fact, given the dynamics of how the virus spreads, it’s likely that those with natural immunity spread the virus just like those who are vaccinated do, though, there is reason to believe that natural immunity is stronger and more durable.

Regardless, the point here is not to argue over the finer points of spreading COVID-19. Rather, the lack of data here is the problem. The CDC, which is part of a federal government that has continually downplayed and dismissed natural immunity on a policy level, has now admitted they aren’t even keeping the data necessary to judge its effectiveness. Why would they do that?

At this point, it all seems rather purposeful to me. If they did gather the data necessary to track the efficacy of natural immunity, they might end up with an answer they obviously don’t want. Specifically, that there is no scientific need to force vaccinations on those who have already had and recovered from COVID-19. That would blow up the entire “vaccine passport” narrative as well, and we can’t have that, can we?

Frankly, it feels like a dereliction of duty for the CDC to continue making proclamations about universal vaccination mandates and how the virus spreads without having even tracked the necessary data to judge the effectiveness of natural immunity. Because so many have been previously infected with the coronavirus, it should have been a top priority to collect such data and analyze exactly what that means to the pandemic. Instead, it continues to be largely ignored.

That smacks of politics getting in the way, and instead of making policy based on hard data, you get the supposedly most advanced viral research agency in the world not even having any idea how contagious the naturally immune are. But trust the “experts” or something.