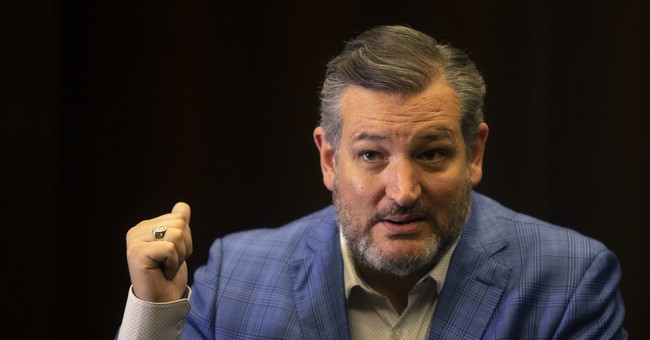 One of the areas that the Biden Administration seems to be consistently weak on is in calling out the Chinese for their human rights abuses and oppressive moves in their own country, as well as their aggressive moves against Taiwan. Indeed, they mocked Joe Biden for his weakness at the climate summit — and what was the response from the Biden Administration? To continue to bend over and still deal with them.

Biden’s climate envoy John Kerry announced today that they’d entered into a framework for an agreement with China as to climate issues. After that announcement, Kerry was asked if he brought up with the Chinese questions about their slave labor abuses in regard to solar panels.

“We’re honest about the differences,” Kerry said. “We certainly know what they are and we’ve articulated them but that’s not my lane here. My job is to be the climate guy.”

So, using forced labor to build solar panels is just a “difference” to John Kerry and the Biden Administration. They’re just cool with slave labor. It certainly hasn’t stopped them from dealing with the Chinese or actually holding them to account in any way.

What a weak-kneed response. It indicates that they haven’t been pushing them seriously at all. So why would anyone believe the Biden Administration would be tough on the Chinese about anything, when you get answers like this?

Furthermore, just like the Bidens, John Kerry also has his connections to China. According to the Free Beacon, Kerry holds a $1 million stake in Chinese private equity fund that’s invested in tech “blacklisted for human rights abuses, and is also a major shareholder in a solar panel company linked to labor abuses of the Uyghurs.”

LONGi has come under fire from human rights groups and U.S. lawmakers for sourcing many of its raw materials from companies suspected of using forced labor in Xinjiang, a region in northwest China where the government has cracked down on the Uyghur population and other ethnic minorities.

Talk about a big, alleged conflict of interest. No wonder he’s not pushing on the issue.

But, not only isn’t he willing to hold China to account, he’s actually lobbying House lawmakers to stop them from banning the import of all Chinese-made goods that are produced using Uyghur slave labor, “a move aimed at buying goodwill with Beijing as the United States seeks a new climate deal, according to congressional sources and foreign policy insiders familiar with the matter.” So, just like what happened with the Iran deal, they will throw any principle or morality under the bus to achieve a ridiculous deal.

Sen. Ted Cruz (R-TX) nailed Kerry but good over it.

China is perfectly willing to sign onto a deal that will commit us to things, while they continue to do whatever they want. It’s like the Iran deal all over again. We’ll hold to it and bend over backwards to kiss their ring to get them to comply, while they pat us on the head and then do whatever they like.

But, Kerry is the same guy who said that we wouldn’t be operating with coal by 2030, which is just about eight years away. It’s madness.