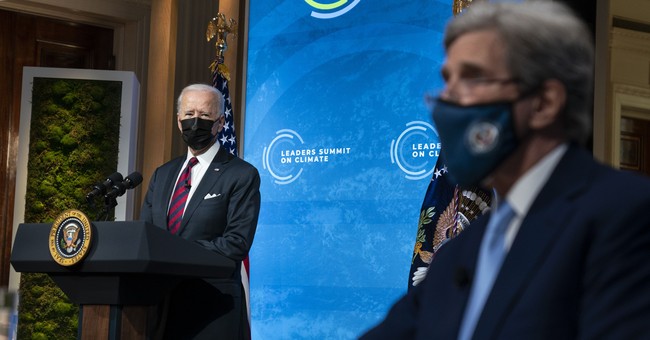 You know, when you really think about it, the saying “With friends like these, who needs enemies?” perfectly applies to Senator Joe Manchin of West Virginia. His former Senate pals Joe Biden and John Kerry are really doing a number to throw his rear end and state under the bus in just under a year since taking office.

You know, that thing that helps keep your homes warm and lights on and that, in West Virginia, is a li’l nugget of happiness and a source of J-O-B-S.

Well, as we have found out in just 10 short months, the Biden administration is not a fan of coal, natural gas, or oil produced domestically. If you don’t believe me you can go check your energy bills that were a lot lower last winter and there is no end in sight as to how high they will go. All of this is part of something called “Build Back Better” and no one from the White House has been able to explain how any of this is better or how higher energy prices are building us back.

Failed former Secretary of State John Kerry (remember the horrible Obama Iranian Nuke deal — he was part of that) is now the Biden administration’s point man on dealing with the climate. Why — or if — Kerry is qualified to deal with the climate for the United States of America on the world stage is not an issue here, mostly because we all know he is not. The main point is destabilizing the United States energy production to save the planet and Kerry is the perfect head of hair to do that. This really means allowing other countries to produce energy and we and our western allies continue to be dependent on them for it.

Countries that have our best interest at heart like Russia and China.

Last week at the climate summit in Scotland, Kerry and his other Captain Planet cohorts, flew over there on big jets using lots of fuel and they lived their best lives while telling others to suck it up and live with high prices for energy, all for the planet.

According to this report, Kerry made a BOLD prediction that should have the Senator from West Virginia deleting Kerry’s contact info from his phone.

The Biden administration official made the statement to Bloomberg while in Glasgow, Scotland, at the COP26 conference.

Despite Kerry’s comment, the U.S. did not sign a pledge last week that would phase out coal-fired power plants in the 2030s and 2040s. The administration has a stated goal of decarbonizing the electricity sector by 2035, but does not have a policy regarding goal use in the 2030s.

“By 2030 in the United States, we won’t have coal. We will not have coal plants. We’re saying we are going to be carbon-free in the power sector by 2035. I think that’s leadership. I think that’s indicative of what we can do,” Kerry told Bloomberg, editor, in chief John Micklethwait.

Coal continues to provide close to 25% of U.S. electricity to Americans annually.

So for those of you that still use your fingers to count, 2030 is just EIGHT years away. Now I know we are only in 2021 but let’s face it, this year is practically over so I’m gonna round up one.

Coal continues to be a quarter of what we use to produce electricity in this country and the West Virginia economy is dependent on coal mines. See how that might be considered a kick in the groin to the Senator from West Virginia and his constituents?

The global warming/cooling/change act is one that the Democrats have been using for decades to milk the United States taxpayer out of dough to proclaim some sort of moral high ground. All the while going to conferences on gas-guzzling jets and eating food that only the 1 percent of the elite 1 percent would ever have the pleasure of enjoying while wagging their fingers at you for wanting affordable energy.

If you don’t believe me, all you have to do is take a look at what a warm day on January of 2020 caused leftist darling A.O.C. to proclaim which I covered here at Red State.

Adorable That A.O.C. Thinks Crops Are Ruined in New York Because of a Warm Day.

Rep. Alexandria Ocasio-Cortez (D-N.Y.) is warning of potential damage to crops and the high food prices that could follow after the New York metropolitan area saw record high temperatures this past weekend.

“It hit ~70? in NY,” Ocasio-Cortez tweeted on Sunday night. “In January. This weather at this time of year can be very risky for local farmers & families they serve.”

“If certain crops germinate/flower prematurely & a freeze follows, crops could fail or drop in yield. When food supply drops, prices rise,” she continued, while adding the hashtag #ClimateCrisis.

She is so much fun.

Joe Manchin is under the political gun right now for a lot of reasons. However, I do hope that he truly takes a couple of moments to realize what is at stake for not only his constituents who have elected him Governor of his state and now a United States Senator. Joe Biden and John Kerry are looking to do a massive wealth transfer/scam under the guise of addressing climate change. The Senator can help stop some of this in various ways, and I hope and pray he does.

I also hope that the Senator realizes, no one needs friends like these.