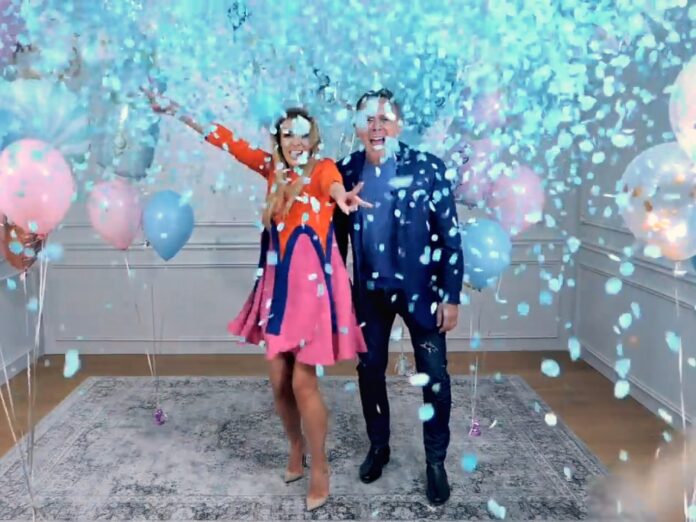 A gender reveal party in California started the El Dorado fire near Oak Glen in San Bernardino County sparked by a pyrotechnic device and burned down more than 10,000 acres and forced almost 30,000 people to evacuate, along with weeks of toxic air pollution in the greater Los Angeles metropolitan area.

But it is not just California: In 2017 in Arizona, an expectant father shot a round into a target packed with explosives and burned down 47,000 acres. The man was convicted of a misdemeanor and ordered to pay $8,188,069 in damages.

The U.S. Forest Service released a video of the incident: you hear the gunshot and see the target explode in a cloud of blue powder. Immediately, the dry grass around the target bursts into flames. A man yells, “Start packing up!”

The trend is spreading: In September of 2019, a crop duster in Turkey, Texas (a bunch of them) dumped 350 gallons of pink water to announce “it’s a girl” before the plane stalled, plummeted, and crashed in front of the party guests.

In March of 2021, two pilots were killed when their plane crashed into the waters off Cancun during a gender reveal party.

Gender reveal parties are even abusing animals: A Louisiana man, in March of 2018, stuffed a watermelon packed with blue goo in the mouth of an alligator.

The blast was heard across state lines.

“We heard this God-awful blast,” Sara Taglieri, who lives in a home that abuts the quarry, told the television station. “It knocked pictures off our walls … I’m all up for silliness and whatnot, but that was extreme.”

After reviewing the video of the event, Police confirmed that the child was a boy.

Over 80 pounds (36 kilograms) of Tannerite was used to make the explosive device. Tannerite is typically sold over the counter as a target for firearms practice.

Even the founder of the “gender reveal party” movement — if there is such of thing, and it is not just a method of identifying dumb people — Jenna Karvunidis, saw the monster she has created and said it was time to “re-evaluate” the practice.

Important to note is that Karvunidis started the phenomenon she used a cake with pink icing inside to announce that she was having a girl.

There were no explosives, planes, smoke machines, or firearms involved. Nor were there earthquakes.

Unfortunately for the libertarian-minded out there who think that gender reveal party participants can do as they please, as it is their constitutional liberty to do so. But once you start triggering earthquakes you are on impinging on the liberties of others, and that is where this practice needs to end.

Gunpowder was invented in 900 AD, why has it taken so long to make gender reveal bombs? Because up until now, everyone thought this was a dumb idea and no one had time for this crap.