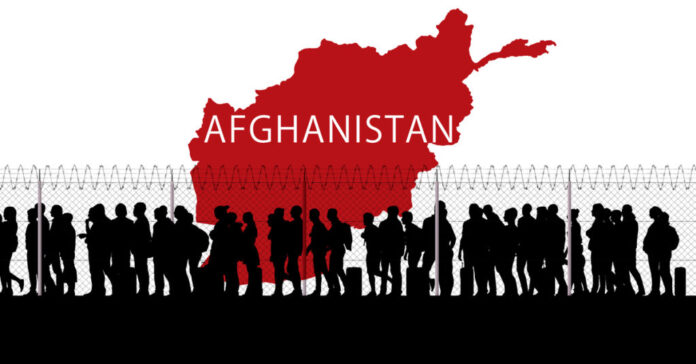 With the situation in Afghanistan becoming rapidly worse as the withdrawal date loomed, Rep. Mike Garcia (R-CA) reached out to the state department for help. He had knowledge of five families in the Special Issue Visa (SIV) program who needed immediate assistance in being extracted from the war-torn country.

Rep. Garcia stated “On August 22nd – my office reached out to the State Department about a SIV applicant that we were aware was stuck in Afghanistan. We followed up multiple times and did not receive any assistance from the State Dept… Today – on Nov. 2nd – the State Department finally got back to us. Their significantly delayed response (72 days later) is now irrelevant since my office was able to thankfully help the family evacuate on Aug. 24th.”

How can the State Department be this inept? We are a country that spent two decades at war, and this withdrawal didn’t just happen in the middle of the night with no notice. Instead, this was a publicly discussed operational failure with a list of criminals who have gone unpunished (thus far) for their actions that cost 13 American lives, and countless Afghani lives.

Biden abandoned Bagram Air Base; a strategic advantage that he handed over like it was a cup of tea. Instead, he concentrated everything around the Kabul airport. Given the knowledge of the Taliban and ISIS-K increasing their reach in the country, this was a horrific move; yet he and his group of ‘yes men’ went along with it, and in the end, the Afghani people and our service members paid the price.

Molly Jenkins serves as Rep. Garcia’s Communications Director and spoke with the Daily Caller News Foundation. While speaking with them, she acknowledged how the State Department had failed in helping with these manifests. “The vast majority of the Americans and the Afghan allies that were on those manifest lists that we sent to State are still stranded in Afghanistan…So they didn’t move them, we’re still working on all those people. A few of them got out, but the vast majority are still there.”

This is a travesty and falls squarely on the shoulders of the State Department, President Joe Biden, and his Secretary of Defense Lloyd Austin. Given that Biden was the VP during the first withdrawal of combat troops from Iraq, and Austin was the Commanding General, they had firsthand experience with how withdrawals can create power vacuums. They saw how quickly ISIS re-established themselves in Iraq, there was no expectation that Afghanistan would be different. Rep. Garcia knew that too.

Rep. Garcia and his office have done terrific work in getting Afghanis out of their war-torn country and ensuring they get what was promised to them for helping the Americans. They stood up for the best interests of their country, and many did not survive this mission. Those who did were promised an SIV and a path to citizenship for themselves and their family members. This incentive got many to take a chance, trust Americans, build relationships with our service members, and allow those serving in harm’s way the best odds to come home safely.

While the State Department has yet to comment on this particular situation, there really is nothing they can say to justify making Rep. Garcia wait 72 days for any sort of response. This was a time-sensitive mission, and they knew it. The State Department is expected to have people on duty 24/7, ready to respond as needed to any situation. This is just another critical failure on their part, and something Biden shows no remorse for.