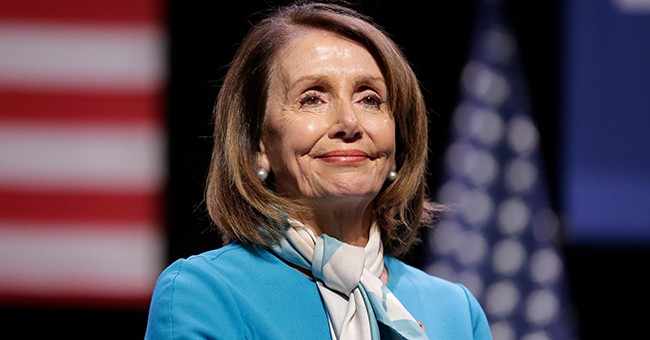 I’d begin by saying House Speaker Nancy Pelosi is among the most unabashedly hypocritical people to ever wield the Speaker’s gavel, but you already know that. So let’s begin with this: Georgia Republican Rep. Marjorie Taylor Greene is on track to spend a third of her Congressional salary in defiance of Pelosi’s House Mask Mandate, while Pelosi is hobnobbing at elbow-room-only lavish weddings. Maskless.

As reported by The New York Post, Pelosi not only attended the wedding of billionaire oil heiress Ivy Getty maskless; she also officiated the ceremony at San Francisco City Hall — maskless, as well. According to The Post, guests were asked to put on their masks when Pelosi entered City Hall.

The same Nancy Pelosi, by the way, who rules with a bony fist when it comes to her continuing House mask mandate. As RedState reported in July, Capitol Police were ordered to arrest anyone — including visitors and staff — who refused to comply with Pelosi’s House mask mandate.

No such mandate was issued in the Senate chamber.

And as we reported in May, Greene got herself into hot water by comparing Pelosi’s mask mandate to the Holocaust, drawing rebukes from several of her House Republican colleagues, including House Minority Leader Kevin McCarthy (R-Calif.) and Rep. Steve Scalise (R-La.). Whether or not Greene regretted the comparison or not, she continues to stand in defiance of Pelosi’s power-trip mask mandate.

As reported by The Hill on Monday, Greene has been penalized at least 20 times for refusing to mask up in the House chamber and as a result, has been slapped with roughly $50,000 in fines for her defiance. The fines have been automatically deducted from Greene’s $174,000 annual salary.

After Greene hit the $25,000 mark the year in October, she defiantly tweeted:

I have over $25,000 in mask fines bc I refuse to wear a mask in the chamber where over 80% of Congress is vaccinated and I’m NOT sick. As a Congresswoman, if I don’t stand up against tyranny & suffer consequences, then how can others?

As The Hill also reported, Greene, joined by Republican colleague Ralph Norman (S.C.), has filed a lawsuit against Pelosi, arguing that the Speaker’s mask mandate is in violation of the 27th Amendment and that the fines being issued are unconstitutional. The lawsuit is still ongoing.