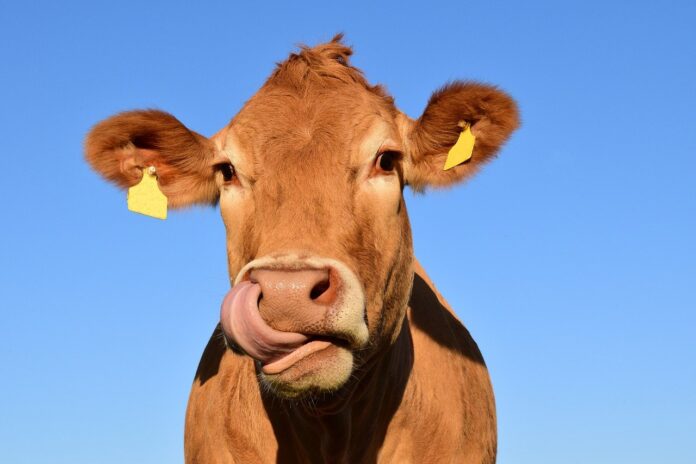 The liberals are coming for the cows. Forget that beef is an important staple in the American diet. Forget that it is capable of providing incredibly important nutrition to humans. Cows fart – and the methane is killing the planet.

Are the global emissions from cows higher than the factories? Then the emissions from cars in traffic-laden cities? Absolutely not. Further, researchers in various parts of the world have even figured out how to adjust the diet of cows so that they’re not farting methane at dangerous levels.

Yet, one food website has decided that they want to do their part. So, they’re going to cancel beef recipes.

Need ideas for food? Epicurious will be happy to show you recipes for chicken, shrimp, and all the plant-based protein that you can think of. Beef, however, is officially off the menu.

Epicurious wrote, “It might not feel like much, but cutting out just a single ingredient—beef—can have an outsize impact on making a person’s cooking more environmentally friendly.”

The problem is that beef is one of the most common ingredients, especially in American cuisine. It’s used for burgers, tacos, meatballs, and the list goes on and on.

What happens when the Democrats decide that chicken isn’t environmentally friendly? Almost everyone has seen the inhumane treatment of chickens when they’re not “free-range.” Will chicken be forced off the menu, too?

Epicurious may find that they are no longer the go-to website for recipes. While they’ll keep the past beef recipes in their archive, beef will no longer be featured in articles, recipes, or newsletters. Beef will never sit on the website’s homepage or on their Instagram feed ever again.

The publication is claiming that 61% of 15% of all greenhouse gas emissions from around the globe are because of beef. What the publication isn’t bothering to do is rally to keep the livestock. What happens when cattle farmers are no longer able to sell beef? What happens when beef goes away but greenhouse gas emissions continue to rise because there are too many factories not doing their part?

Beef is capable of improving muscle growth. It is high in protein and is rich in vitamins and minerals. It’s also an incredible source of iron, which can reduce the risks of anemia.

Plant-based protein simply cannot offer such things – and that’s when there’s the need to take vitamin and mineral supplements.

If there was an alternative to beef that could offer the same health benefits, Epicurious should be pointing to it. Instead, they’re simply eliminating it. They’re pointing to plant-based protein recipes.

When Democrats are trying to help low-income households gain a footing in the economy, they clearly haven’t thought this one out. Beef is nearly half the cost of plant-based proteins in the grocery store. Further, the health benefits of beef don’t require supplements. Most people who switch to a plant-based protein won’t take supplements – and their health will be at risk for it.

It seems as though the Democrats have targeted the wrong issue. However, they want to ensure that Joe Biden leaves a legacy within his administration.

Biden has announced that he wants to create a zero emissions economy by 2050.

There’s no way that this can be accomplished. Cars that release zero emissions are expensive – and if vehicles are taken away from people, it will mean a greater dependence on the government. Combine that with the fact that people won’t be able to eat what they want – it will result in beef being sold on the black market.

Think about this: The Democrats are legalizing marijuana. Soon, they’ll ban beef. So, drugs will be legal but beef will be illegal. The stupidity of the Democratic Party is getting louder. What’s worse is that websites are going along with it.

Luckily, beef isn’t illegal yet. And, most people already know plenty of beef recipes. Our dinner plates are safe…for now.