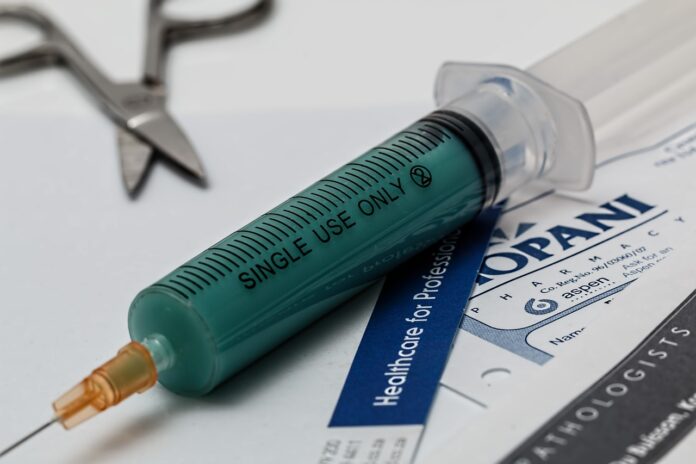 Get vaccinated! Get vaccinated! The Biden administration has been pushing the vaccines as a way to control the spread of COVID. However, as soon as Johnson & Johnson’s one-shot vaccine was suspended, many people have suspended their desire to get vaccinated.

The one poke option was highly desirable for a number of people. It was a “one and done” sort of deal that meant that people also didn’t have to face the inconvenience of heading to a vaccination site four to six weeks later.

The J&J vaccine offered convenience. Further, it offered better refrigeration temperatures, making it the vaccine that could be easily distributed to more remote areas.

Essentially, the United States was depending on the J&J vaccine as the way to meet the goals for vaccinating as many Americans as possible before the start of summer.

However, the Centers for Disease Control has paused the Johnson & Johnson vaccine because it can cause blood clots. Although the extremely rare side effects have only affected less than 20 adults – and 7 million have been vaccinated with the shot – it was enough to be concerned.

Now, according to an ABC News poll, only 22 percent of Americans have said that they’d be interested in receiving the vaccine.

Well, that is cause for concern. The vaccine was only temporarily suspended. After more research went into the “why” behind the side effects, it WAS started up again. If people are now hesitant about the shot, they may choose to wait for Pfizer or Moderna. The Johnson & Johnson shot now contains a warning label on it – and many don’t want to take the risk.

Dr. Fauci has attempted to provide peace of mind to people. However, the fear-monger doesn’t know how to offer peace of mind. He continues to focus on the importance of vaccination, telling people to get whatever they are offered.

Yet, it brings up the Astro Zeneca vaccine, too. The U.S. has millions of doses of that brand’s vaccine in its reserves. It’s not FDA approved, though, so it’s not being administered. The Biden administration, instead, has decided to play hero by sending some of those vaccines to India.

Take anything, right? It’s not good enough for Americans, but let’s go ahead and give it to India since they’re struggling.

Americans don’t want to take anything. They want to know that it’s safe – and Fauci, the CDC, and others are failing to provide confidence in the one-shot vaccine at the moment.

The confidence in Pfizer and Moderna has remained strong. Over 70% of Americans believe that it is safe – and much of it has to do with the fact that there are two pokes.

Sure, some people may experience some flu-like side effects. However, those are short-lived. The second poke gives people a feeling that they have better protection against the virus – and the statistics are higher with Pfizer and Moderna in comparison to J&J, too.

The Biden administration continues to fail with the way that the vaccinations are going.

First, people didn’t want to get vaccinated because they were confused. Why? Because of people like Kamala Harris saying that she didn’t trust the vaccine if Donald Trump told her it was safe.

Second, Dr. Fauci and others can’t stop talking about the need for masks – and sometimes even talking about wearing two or three masks at a time. People need to know the masks are a temporary solution.

Finally, there’s the suspension of the J&J vaccine. People were hopeful that the one-shot deal was going to be the easy, convenient way to get vaccinated.

There might not be too much hope in getting everyone as vaccinated as quickly as possible, now. While the CDC and the FDA have given the thumbs up on all three vaccines available, it’s likely that more people will want to pay attention to what’s being poked into their arms.