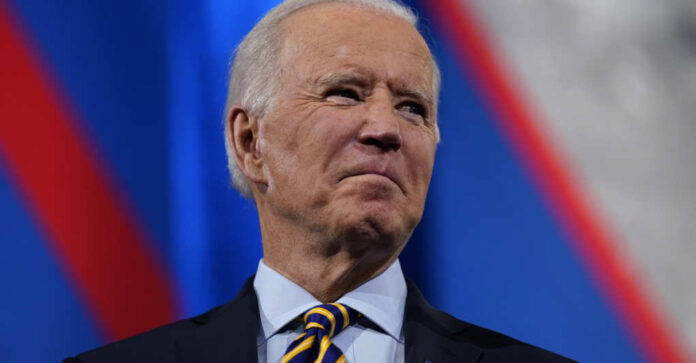 Every time someone discusses the Build Back Better plan, it dies just a little more. Well in an interview with Breitbart several House Republicans have declared the BBB as dead.

Reps. Drew Ferguson (R-GA); the House Republican Chief Deputy Whip, Kat Cammack (R-FL); and Warren Davidson (R-OH) spoke following the recent path of victory for Republicans in Virginia, New Jersey, and other states. The BBB was a big topic of discussion too.

These victories signaled a big change in the politics of America.

As Rep. Cammack said “I believe that it will begin to eat away at their chances of passing the Build Back Better Act… You’re going to see so many Democrats retire; you’re going to see a huge shift in the Democratic caucus.”

This abandonment by the Democrats is music to the American people’s ears.

Despite House Speaker Nancy Pelosi’s (and other Democrats’) thoughts that this bill could be as historic as President Franklin Roosevelt’s New Deal and Lyndon Baines Johnson’s Great Society programs, this program is dripping with Bernie Sanders influence, and they have been scaling it down at every turn. From $3.5 trillion down to $1.75 trillion, the Republicans aren’t buying in, neither are Sen. Manchin (D-WV) and Sinema (D-AZ).

The Democratic party is losing footing at every step of the way, and for good reason. People don’t want progressive politics. They don’t want a bill passed that focuses a large number of resources on major urban areas and ignores rural sectors. They don’t want a plan that ‘is funded’ that nobody can explain the funding source on.

For decades now America has been paying higher and higher taxes, and the Democrats want to keep pushing those taxes up so they can do more programs.

The fact of the matter is simple; we don’t need more programs; we need better spending on the programs we already have. We don’t need higher taxes; we need our elected officials to do more with the budget they have.

Isn’t that what many Democrats have been telling Americans for ages? That people wouldn’t be poor if they stopped spending money on frivolous things and work with what they have? Yet it’s impossible to achieve any success financially when you’re losing money left and right to taxes that you see no benefits from.

The left needs to abide by that same mindset and make do with what they have.

With the tombstone on the BBB all but etched, and a changing of the guard going on in many cities and states across the country now is the time for the parties to actively try to work together. With new blood coming in, there will be new ideas coming in too.

If the left wants any part of the BBB to attain the zombie-like status it would earn, they need to reach out and find common ground. The idea that Republicans need to be the ones extending that olive branch is now gone.

As the 2022 midterm and 2024 Presidential elections are coming up, Rep. Cammack states “we’re on track for a wonderful” election season. This is a bold statement, and if the special elections in 2021 are any indication, she could not be more accurate.

The tide is turning, and people are no longer basing their votes on horrifically biased ads. They are once again voting for what they think is best for America, and it could not be more beautiful.