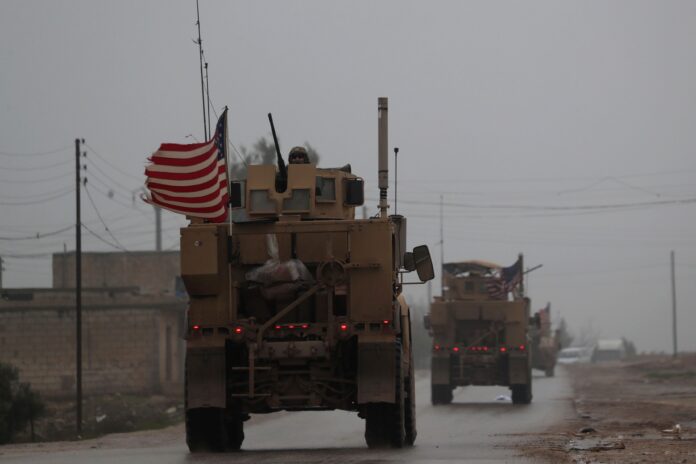 Have you heard about the “Havana Syndrome?”

In 2016, a number of US diplomats and CIA officers posted at the American embassy in Havana reported symptoms of chronic, debilitating headaches, ringing ears, hearing loss, memory loss, nausea, and traumatic brain injuries — with no clear discernable cause.

In 2018, Americans working in China experienced similar symptoms, while CIA officers working in a number of foreign counties, reportedly countering Russian intelligence activities, have been also been affected.

Since late 2016, close to 50 officials have reported symptoms of a mysterious illness that became known as “Havana Syndrome.”

A book published in 2020 claimed to have unearthed the answer to these mysterious attacks, asserting that the entire phenomenon is a “mass psychogenic illness,” or a mass hysteria that people have believed into being. The authors claim that the mating calls of insects were mistaken for a “sonic weapon.”

Tell that to the people with traumatic brain injuries.

With these “Havana Syndrome” reports now occurring around the world, that would make these insects among the most well-traveled hexapod invertebrates in history — and well placed, too, as they keep showing up in the U.S. embassies. Maybe they like the State Department’s cooking?

It was all fun and games for the “insects” until they start going after American troops, however. Whether fair or not, the blood of American people doesn’t boil when “cheese-eating” diplomats or “deep state” intelligence officers are attacked. But attack the troops? You will have wished you were dead because there will be hell to pay!

(In fact, our diplomats and intel officers are hard-working men and women who are committed in the service to the protection of our country, just as are our military. Except for that guy John O. Brennan, who tried to rig an election.)

The Pentagon has identified Russia, not insects, as a likely culprit. An investigation is now underway.

US officials have experienced difficulties in attributing the suspected attacks to any particular weapon or country, and the circumstances surrounding these incidents remain murky.

The attacks are suspected to be what are called “directed-energy attacks,” which use highly concentrated electromagnetic energy, including microwave devices, particle beams, and high-powered radio frequencies, to injure a target. Electromagnetic energy can also be used to jam electronic equipment.

Oklahoma Sen. Jim Inhofe, the top Republican on the Armed Services Committee, stated that he is waiting for more information on this issue.

“I know that we’re going to be having a discussion, a briefing on that, informal — and frankly, it’s going to be confidential,” said Inhofe, “So let’s wait and see.”

“We’ve all seen some of these attacks on diplomatic facilities,” Rubio said. “I don’t want to link the two, but again, I just can’t comment on any of that.”

Sen. Richard “Stolen Valor” Blumenthal (D-CT) of the Armed Services Committee refused to confirm any details about any briefing on directed energy use in Syria.

One major challenge is tracking the devices, which can be small and portable.

Jeffrey Lewis, a national security and technology expert at the Middlebury Institute said the topic is nettlesome from an intelligence perspective.

“The problem is — and I think we saw this at the embassy in Cuba, but honestly with a lot of these stories over the years — it’s just really hard to know why people are getting sick unless you have the weapon or some technical means of knowing if there’s a particular beam being focused on a place,” Lewis said.

“We still have no idea what the hell is going on at the embassy in Cuba,” Lewis added. “Those people have been reporting all those symptoms for years and the question is, are they being targeted? Is this some eavesdropping equipment that’s having an effect on them? You just don’t know.”

Phil Coyle, former director of the Office of Operational Test and Evaluation at the Pentagon, urged caution.

“It seems far-fetched to me — harder to do by far than just killing American soldiers with bombs or bullets,” Coyle said. “The advantage, of course, of some imaginary weapon is maybe there would be no attribution. Nobody would be able to tell, which I guess is the situation you’re describing in Syria. All we know is these soldiers got sick, and we don’t know whether it’s food poisoning or something else that made them sick, so we can’t blame the Russians. And that of course was part of the problem in … Cuba.”