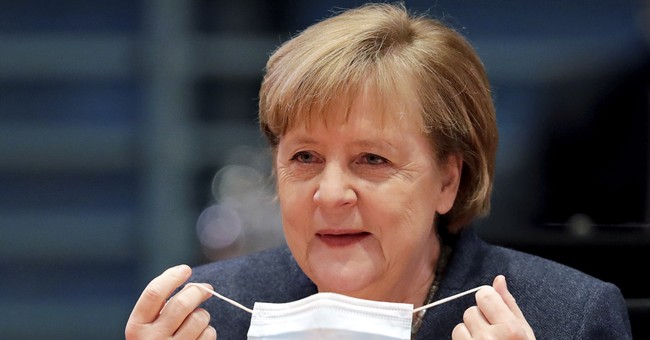 As Germany faces the highest COVID-19 infection rate since the start of the pandemic, new questions are raised about the efficacy of vaccine and mask mandates.

Very few things on this planet piss me off more than being called “anti-science” by those who have zero clue as to what the science says or defend those who are lying about the science, based upon their total lack of interest in the truth. Certainly, I have angered a good many readers here at RedState by saying statistical facts like “You have less of a chance of being hurt by a vaccine than you do of contracting and being hospitalized for COVID-19.” I also know I trigger the left more often when I post things like “Dr. Fauci is a liar and should be in prison,” or “the data doesn’t support mask and vaccine mandates so implementation of such is just an act of maintaining government control.” Fortunately, (*clearing throat to prepare for Ben Shapiro impression*) “Facts don’t care about your feelings.” And neither does data.

Now out of Germany comes this: They are in the midst of the highest spread of COVID-19 since December of last year. Why does this seem to matter? Germany is one of the toughest countries in Europe when it comes to mandates and mitigation efforts.

Just last month, Germany launched an offensive against the unvaccinated, removing all government-sponsored protections for them, despite maintaining the same protections for the vaccinated. With a testing-alternative being required by places of business, in the place of proof of vaccine, the government has now placed the costs of that testing back on the unvaccinated. Additionally, should infection or positive test require that an unvaccinated person take time off of work to quarantine, the government will no longer cover that loss of earnings. They will, however, for a vaccinated person who encounters the same.

Germany also has varying degrees of masking and social distancing requirements varying from state to state, but all appear to maintain some sort of mandate regarding masking. But regardless of the mandate, the University of Maryland has data that shows nearly 80% of Germans comply with masking at all times in public places. These numbers are significantly higher than in the US, where mask compliance is below 60%.

Yet despite one of the highest vaccination rates in the world at 67%, coupled with one of the highest mask compliance rates, Germany’s new case rate has skyrocketed to levels that haven’t been seen since the start of the pandemic.

The seven-day incidence rate – the number of people per 100,000 to be infected over the last week – rose to 201.1, higher than a previous record of 197.6 in December last year, the figures from the Robert Koch Institute showed on Monday.

To me, it is mindboggling how the data continues to roll in showing that vaccines and mandates do little if anything, to slow the spread of COVID-19. Certainly, the argument could be made that it would be worse if there was a lower vaccination rate and mask compliance rate, however again, the data doesn’t support that. In populations where the vaccination rate and mask compliance rate is lower, the infection rate is not any higher and is oftentimes, lower than those countries with higher mitigation compliance rates. For reference, Germany is at an all-time high for cases despite their mitigation efforts and compliance. On the other hand, Sweden has a mask compliance rate of approximately 5%, has a vaccination rate similar to that of Germany at 68%, and has had no government lockdown measures, but currently only sit about 11% of peak. Right next door to Germany in the Czech Republic, only 57% of the population is fully vaccinated, less than 60% of the population complies with mask, and they have had virtually no lockdown measures for months but they are only at 59% of peak. If either masks or vaccines were as effective as promoted, these states would have much higher numbers.

Yet, Germany doesn’t get it all wrong. Much of their lockdown measures have been lifted in favor of a voluntary system that offers two standards, 2G and 3G standards. (*adjusts tinfoil hat* 2G + 3G equals 5G?! *Gasp* – a joke, AP fact-checkers!) In 2G standards, those immunized against COVID-19 can enter the businesses that implement those policies, and 3G standards expand the requirement to include those with recent negative testing. Businesses (include brothels allegedly) get to choose what level they wish to implement and then enforce on their own. Among the most interesting part is that Germany, as a part of the established standards, required that immunization included those who had previously been diagnosed with COVID-19, and had made a full recovery. It is one of the more scientific approaches, implemented as part of legislation judging immunity. If only they would do something similar, here in the United States.

What should you take from this? The same as any of my pieces talking about this subject. I am not afraid to counter the ideas that “friendlies” to RedState may carry nor that of the Branch Covidian left, despite the hate-train that may come rolling into the comments section. The data here is clear: Vaccines do not stop the spread and are not correlated to a lower infection rate. The same is true of mask mandates and mask compliance rates. If they were, all of the countries and states that complied with those mitigation efforts would be on one side of the spectrum, and those without on the other. That just doesn’t seem to be happening on a reliable basis, or anywhere near a level to associate a causal relationship between the two.

Do I think it is going to change any government’s mind? NOOOPE.