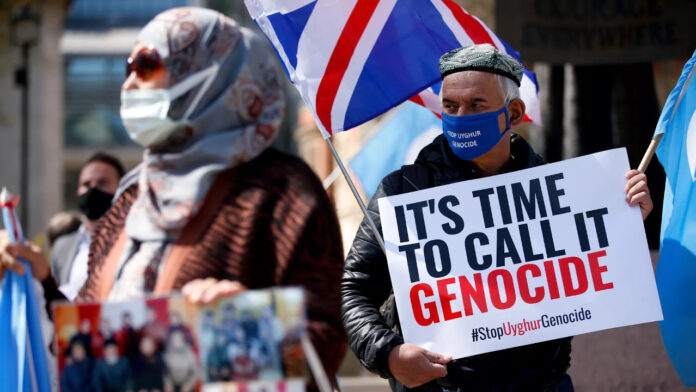 The enemy of my enemy is my ally. Sound familiar? This is what the entire world is going through as many countries look to state that China has committed an unthinkable act.

China has not made a lot of friends in the past few years. They’ve broken treaties. They’ve been guilty of human rights violations. And, now, many countries have voted to recognize that the Chinese government carried out a genocide against the Uyghurs.

The United States was the first country to formally recognize that the Chinese Communist Party is committing genocide. This happened in January. Now, Britain has joined the U.S. – and countries are joining the list with each passing the day, including the Netherlands and Canada.

What’s happening inside of the Xinjiang Uyghur autonomous region?

As the House of Commons in the UK voted, it is filled with “mass human rights abuses and crimes.” They’ve been accused of detaining up to two million Uyghur Muslim minorities in detention centers across Xinjiang. Why are they being placed in detention centers? These minorities have shown signs of “religious extremism” including refusing alcohol and wearing long beards.

Perhaps the worst part about all of this is that detainees have reported abuse in the form of rape, torture, and even forced sterilization.

There’s no way that the world can stand by and watch China perform such hatred.

It’s time to take action, and the United Nations has offered a definition of genocide to include any act that destroys a national, religious, or racial group.

What will the actions include? That’s yet to be decided. The only thing that many world leaders are choosing to do is force a vote that involves recognizing that China is committing such acts.

The motion recently passed by the UK won’t enact policy, but it will still have a negative impact on relations between them and China.

Nusrat Ghani, a Tory member of the UK Parliament has said that “while we must never misuse the term genocide, we must not fail to use it when it’s warranted.”

Ghani has said that it cannot be “business as usual” with the country.

Many leaders are urging that governments explore their supply chains to ensure they’re not being tainted by goods that have been produced by the forced labor of Uyghur Muslim minorities.

Of course, China is not planning to accept such blame. They have accused the U.S., the UK, and other countries of creating these stories as a way to discredit them.

Sure, first COVID and, then, genocide. Poor China, they just can’t seem to catch a break.

It is not that the world has chosen to gang up on China. It’s that China has decided that they want to test their boundaries of invincibility to see just how far they can take things. China’s embassy has not only rejected the claims of genocide but has said that they are “earnestly implementing the UN Plan of Action to Prevent Violent Extremism” according to statements.

What happens next? Well, China has to be a lot more transparent than it has been in the past. Many world leaders are still wondering just how much China played cover-up when the joint report with the World Health Organization was released regarding coronavirus origins.

With all of that’s been going on with China, it’s no longer acceptable for them to deny without providing proof. If there are continuous reports of China committing genocide or violating human rights, it’s going to result in a lot more than a war on tariffs and sanctions.

China has to tread carefully at this point. They’re on the radar of a lot of countries. Since it’s clear that they’re not interested in making friends with world leaders, perhaps they’ll respond to the world calling them out for their actions.

Members of Congress are already looking to help with refugee resettlement of Uyghurs in China, but that’s hardly enough. China will have to be held accountable for what they are most likely guilty of.