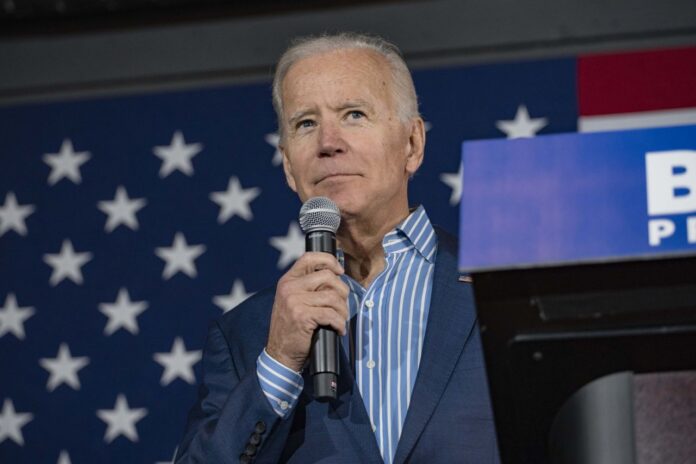 Conservatives have feared what might become of America’s reputation with President Joe Biden at the helm, and news out of one of our most beloved allies has only served to strengthen the fear that we could become even more of a target.

No country can stand alone, we’ve all know that for quite some time, but it appears that our allies in the “land down unda” are seeing this country for the albatross around their neck that it well may become.

According to a report in The Daily Wire, Sky News Australian host James Morrow has called out the president and some of his recent movements, saying that it would be hard to see what Biden is doing as anything other than an intentional weakening of the nation’s military.

According to Morrow’s comments on Saturday which is Anzac Day, a day where Australians commemorate those in their military who died for their freedoms, while Biden weakens America’s defenses, America’s and Australia’s enemies are growing increasingly aggressive.

“Today is Anzac Day, when we commemorate all those who made the ultimate sacrifice fighting for our freedoms and fighting very often side by side with soldiers from the United States, which is why today, it is so depressing to look at what is happening to the U.S. under Joe Biden, who seems, for whatever reason, determined to weaken America’s standing, her military, and emboldening her and our enemies, making a mockery of a century’s worth of shared sacrifice,” Morrow said.

If true, Morrow’s assessment of the status of the US military forces is one of the conservatives’ biggest fears. Since the primary function of government is to keep its citizens safe, it seems unthinkable that some other score would be being settled, all while toying with the safety of the American people.

“Now, we’ve all seen the silly side of Joe Biden’s green eco-warrior posturing, which this week included the bizarre spectacle of the U.S. president wearing his face mask on a zoom call to discuss climate talks as bemused world leaders looked on.”

The Sky News journalist then went after the Biden administration’s decision to go green and woke while China continues its meteoric rise, according to The Daily Wire.

“I gotta say, Putin and Xi must be quaking in their boots…or more likely laughing,” Morrow said. “Because, ever since Biden took office, both men have been seeking to cause instability and probe Biden and his weaknesses, which go a lot further than just being unable to string together a coherent sentence. China is looking increasingly muscular when it comes to Taiwan while Russia is conducting an unprecedented military buildup on the borders of Ukraine, actions which, whether they lead to actual conflict or not, have already raised the prospect of how Biden will or will not respond.”

And then the journalist said something that will for all intents and purposes, make everything else he said, completely null and void to every liberal:

“Now, Donald Trump, for all his flaws, understood that thugs like Xi and Putin spoke in the language of force and that, as bullies, they would be goaded by weakness,” he concluded. “As Trump’s former Secretary of State Mike Pompeo tweeted the other day, quote, ‘Strength deters bad guys, weakness begets war.’ As we honor the sacrifices of the Anzac Day fallen, let us hope that Biden learns this lesson to avoid more such sacrifices in the future.”