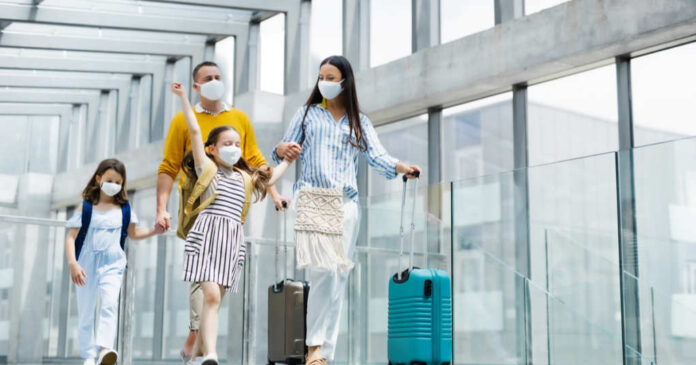 Over the past few weeks, we watched as Southwest canceled countless flights. While some of it was blamed on staff shortages, a significant amount was blamed on the Biden vaccine mandate. Pilots and other airline staff don’t want to get vaccinated – and they’re being let go because of it.

Now, it seems that the problem is catching up to the other airlines. At the very least, it’s catching up to American Airlines as they have now had to cancel hundreds of flights per day.

The number of canceled flights are adding up quickly. In the past four days, American has had to cancel over 2,000 — and there’s no telling how many more will get canceled, especially as we get further into the holiday season.

David Seymour, the COO for American, explained in a memo that they were “proactively canceling” the flights so that there was more scheduling certainty for the crew. Much of this has to do with flight attendants that are returning from “pandemic time-off.”

The airlines have been struggling with plenty of staffing shortages. There were, of course, issues when the pandemic grounded a significant amount of air travel in 2020. Airlines were doing whatever they could to stay afloat, including staff buyouts and offering early retirement packages.

As the memo explained, however, “All the airlines are scrambling to hire employees and bring back as much staff as possible.” Now that the Biden administration has stopped handing out unemployment benefits, that should be easy, right? Realistically, airlines should not have an issue with hiring people.

The airline unions paint a different picture, though. One claimed that “service disruptions are due to bad management decisions and flawed scheduling systems.”

There’s another question that’s looming, and Captain Dennis Tajer, a pilot with American, addresses it. “We want that flying to get done, but we don’t want tickets sold that can’t be fulfilled. Are they biting off more than they can chew?”

This is, indeed, an important question. Most travelers would rather find out that a flight isn’t offered rather than buy a ticket, depend on that form of travel, only to find that the flight is being canceled at the last minute. Many flights are getting canceled within hours of the scheduled takeoff, leaving travelers to scramble to figure out how they are going to carry out their travel plans.

American has taken a different approach than Southwest, however.

When Southwest canceled flights last month, they blamed it on the weather. American is being upfront by saying that they are struggling with staffing. And, it’s only a matter of time before some of the other major airlines like Delta and United have to start canceling flights for the same reason.

Travel throughout the holidays is going to be…interesting. But, we have to ask…is this some kind of conspiracy with the Biden administration? They don’t want to actually tell people to stay at home and not spread COVID…though Dr. Fauci doesn’t seem to have a problem saying it. But, if the airlines were just to happen to cancel one out of five flights that are scheduled, it would ruin the Christmas travel plans so that the Biden administration doesn’t have to worry about COVID numbers spiking again.