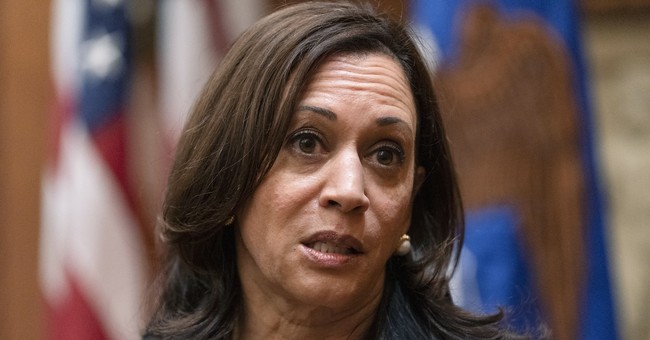 Why does it seem like every time I write about Kamala Harris, I say it’s “almost” like hapless Joe Biden’s equally hapless vice president tries to do stupid crap to put herself in the worst possible light?

From awkwardly overacting in a ridiculous space video replete with child actors who just sat and stared at her, to continuing to laugh at the most cringeworthy times for a person of her supposed stature, to sampling sweets at a New Jersey baker while a critical meeting on the Biden Border Crisis(TM) was taking place between senior officials in the administration and Mexico’s President Andres Manuel Lopez Obrador and members of his cabinet, Kamala Harris is as inept as the office of the vice presidency has ever seen.

All of that said, here we go again.

Harris will travel on her third foreign trip on Monday, this time to “ground zero” to grapple with the illegal immigration crisis — in Europe. No, really.

As reported by the New York Post, Harris is heading to France to spend four days in high-profile meetings with French President Emmanuel Macron, German Chancellor Angela Merkel, and other European leaders as they gather in Paris to mark Armistice Day, which commemorates the end of World War I.

Is it inappropriate to wonder why America’s leader isn’t going to France to meet with European leaders, instead of our hapless second banana?

Anyway, while in France, Harris will also take part in the Paris Conference on Libya, a diplomatic effort aimed at encouraging peaceful Libyan elections that could stem the tide of illegal migrants escaping the civil war-torn country for Europe. (Are you laughing, yet?)

I don’t want to be snarky [winking emoji], here — but Joe Biden or Kamala Harris trying to help figure out how to stem an illegal immigration crisis is tantamount to Michael Moore teaching an Orangetheory class on fitness and weight loss.

An unidentified senior Biden administration official explained what Harris will do while attending the illegal immigration summit, as transcribed by the NY Post. This is priceless:

[Harris] will voice “a deep concern for human rights and the situation of migrants and refugees, and reinforce the imperative of protecting vulnerable people, including those fleeing conflict.”

Um, what about protecting the citizens of a country from COVID-positive illegal aliens and illegals who commit violent crimes against those citizens? Just a thought.

According to the NY Post, Harris will also meet with Macron one-on-one in an attempt to continue the fence-mending effort with the French president in the aftermath of Biden sticking it to France with the AUKUS submarine deal with Australia. As RedState reported in September, France recalled its ambassadors from the U.S. and Australia after the announcement of a new trilateral security pact between the United States, United Kingdom, and Australia — AUKUS.

Biden being Biden, he managed to screw things up with France even worse, as we also reported, during the G20 summit in Rome, saying only “what we did was clumsy, not with a lot of grace,” during a one-on-one meeting with Macron, and that he was “under the impression that certain things had happened that hadn’t happened,” leaving the French president less than satisfied.

OK, wait — now I see why Hapless Harris(TM) is being sent to France.

But, hey — maybe Cackling Kamala(TM) can “find the root problem” of Europe’s illegal alien crisis with Libyan illegals a hell of a lot better than her pretend efforts with The Biden Border Crisis(TM).

Besides, as RedState reported in June, Biden confused Libya with Syria three times during the G7 meeting with European leaders, so…