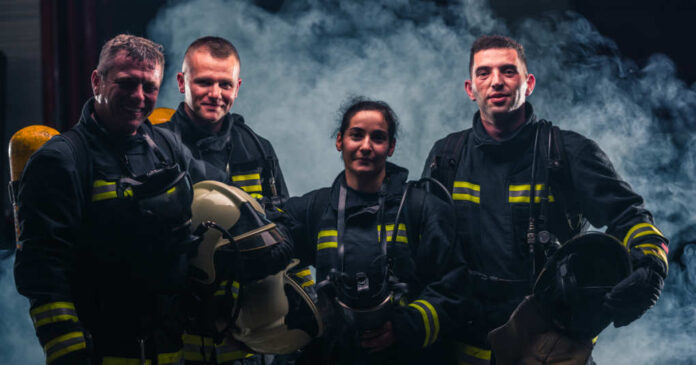 New Yorkers are known to be a rough and tumble bunch. It’s not hard to know that anyone who tries to take on someone from the outskirts of the iconic largest city in the nation wouldn’t fair well. Arguably the most imposing kryptonite that could take down a New Yorker would be infrastructure. It’s said that the New York waste management has the most control over the tightly packed city, but it’s possible that fire and rescue are the ones that strike the most fear in the hearts of the city’s residents.

Members of the less affluent areas of the city’s area are dealing with old homes, often struggling to stay up to code, which is what several members of the community pointed out when FDNY began to shut down houses due to a lack of firefighters willing to subject themselves to mandatory vaccinations. According to a report in The New York Post, the city has shuttered 26 of its companies, as of last Saturday and reported that the shortages are due to the mandate handed down by de Blasio that all city workers must have at least one round of COVID19 vaccinations.

The Post reported that there are a number of “furious elected officials,” who said they felt that the firefighter’s decision to take “time off” work rather than take a forced medical treatment is “unconscionable,” and could have “catastrophic consequences.” This hasn’t slowed down the firefighters who believe that they are having their constitutional rights violated by having to take a treatment that they have questions about, or that they don’t believe should be mandated across the board.

This was not the position of Fire Commissioner Danial A. Nigro who was so incredibly frustrated by his lack of firefighters that he had to make a statement about the event, saying that his department “has not closed any firehouses,” but that the “Irresponsible bogus sick leave by some of our members is creating a danger for New Yorkers and their fellow Firefighters,” Nigro said. “They need to return to work or risk the consequences of their actions.”

There are reportedly temporary shutdowns all over the city, and state representative Nicole Malliotakis (R-SI, Brooklyn) reportedly has five companies temporarily shuttered in her district and she blames NYC Mayor Bill de Blasio: “If someone dies due to a slower emergency response, it’s on Bill de Blasio and his overreaching mandates. I hope this fool fixes it ASAP!” she tweeted.

Concerning as a lack of emergency workers is, it’s no more concerning than the unbending mandates looking to enforce vaccine by City Hall who put a deadline for workers Monday of this week. Thankfully, the jab-resisting are not giving in, however, because the firefighters have a number of reasons they object, including many who say they have natural immunity from already having the virus.

However, as bad ad things are now, it could get a lot worse. The Post reported that the 20 plus companies closed only make up less than 8 percent of the total fire companies in New York. If the objections continue to increase, as is expected, as many as 20 percent could close, which would be around 70 firehouses.

Much like how the current administration hushes the fears of the American people concerned about the nation’s trajectory, a spokeswoman for the NYFD attempted to calm the fears of New Yorkers saying that they “have contingency plans in place if necessary, and there will not be any shortages in any commands. There will be no reduction in police services.”

The FDNY’s Emergency Service Unit has been forced to ask for volunteer firefighters from Long Island and upstate New York to try to fill the positions empty, according to an email that was reviewed by the Post. However, like many of the vaccine-hesitant, while the treatment is a viable option, there is plenty of room for concern.

Over and above the issue of medical freedom, which even many of those who have taken the vaccine have raised, there are also concerns about the effectiveness for every single person who might be taking the shot. In New York state alone, the Hudson Valley Post has reported that as of late September New York State Department of Health is aware of 78,416 laboratory-confirmed cases of COVID-19 in vaccinated individuals. Of those cases, 5,555 were COVID hospitalizations among fully-vaccinated people in New York State.