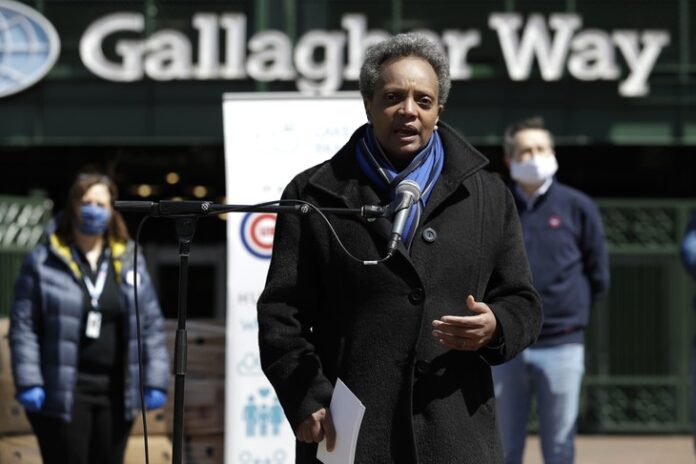 The city of Chicago is trying its hand at police reform and the results are predictably disastrous. This is what happens when you try to upset the status quo just to please a few whiny liberals. Derek Chauvin’s conviction and the shooting of Ma’Khia Bryant in Columbus have led to renewed conversations about this topic.

Chicago mayor Lori Lightfoot, in her infinite wisdom, has come up with quite the plan. She believes that she has a plan to get the police back in line and we cannot stop laughing at how ludicrous it is. We are more than certain that Chicago residents are not laughing at this, though.

We have the luxury of chuckling because this is not going to be our problem. On the other hand, Chicago taxpayers are probably ready to start flipping out. Lightfoot has hit on quite the epiphany. She has realized that a number of criminals are not into the idea of quietly surrendering when they are surrounded by police. In fact, they may even try to run away!

Egads! Lightfoot has apparently found a time machine that transported her all the way back to olden times, when these revelations might have surprised someone. Anyway, she also learned that these pursuits have a tendency to end poorly for the criminals. The police are forced to chase them down on foot and force is often used.

Now, Lightfoot is positing the perfect solution. She wants the police to stop in their tracks and call for permission before giving chase. The New York Post has more and trust us, we are not making any of this up:

“Police officers in Chicago may soon require permission from a supervisor before pursuing a suspect on foot, Mayor Lori Lightfoot said Tuesday.

“No one should die as a result of a foot chase,” the mayor said.

Even if you are not an expert on all things police, you can probably see what the problem would be here. This suggested policy would have a wide range of harmful effects. By the time any sane officer is able to take the time to radio into the dispatch desk, the suspect is going to be long gone. This is even before they have the chance to locate a supervisor to give permission.

Lightfoot cannot be serious here and we hope that she rethinks this immediately. We cannot begin to imagine what would happen once this news makes its way to the gangs of Chicago. They are going to realize that they have run of the streets pretty quickly. There’s no reason to ever stop and allow a police officer to place you under arrest again.

The mayor has made it abundantly clear. Anyone who does not see the effectiveness of this plan will be called a racist in no time flat, we are sure of it. Lightfoot seems to understand how silly this proposal is on some level, though. “I don’t want people out there who are dangerous to think, ‘Well, if I just run, then I’m safe. I can continue to wreak havoc. We can’t live in that world, either,” she said.

So what world would she like people to live in? Your police must be empowered to do their jobs or a lot of bad guys are going to get away. There’s no third option here. We know that the liberals are not fans of anything binary these days but this is a simple yes/no type of deal. Lori Lightfoot and other leaders like her aim to make things harder than they have to be. Chicago should be tired of it by now!