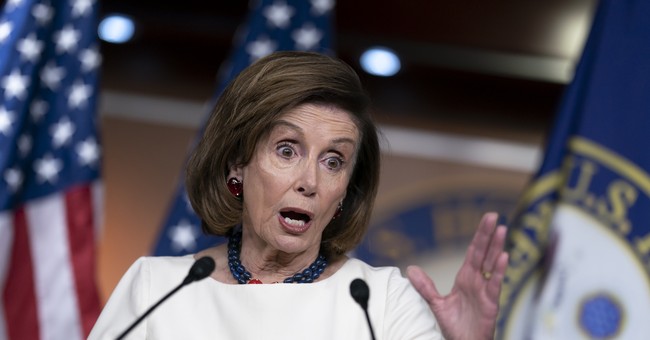 The Democratic leadership is in complete chaos this evening.

Joe Biden had planned on beating it out of town today, back to his beach house in Delaware But then when it was clear that the Build Back Better bill (BBB) wasn’t going to be voted on tonight — yet again — he called a dinner lid and decided not to leave this evening.

As we reported earlier, House Speaker Nancy Pelosi can’t seem to get her act together. She has been tossed back and forth between the Democratic moderates and the Democratic progressives for months on the Build Back Better bill (BBB) and the bipartisan infrastructure bill (BIF).

Pelosi finally decided to put the BIF vote on tonight without a vote on the BBB after being pushed by the moderates. She decided she was going to dare the progressives to vote it down and call their bluff, believing that she would have enough votes who would ultimately cave.

While Pelosi delayed the BBB vote, they are having a procedural rule vote on it tonight. That isn’t on the bill itself. However, it does try to commit the moderates to voting on the BBB if the CBO score checks out, according to Punchbowl News Jake Sherman.

Rep. Steny Hoyer (D-MD) said he thought they could have a vote on the BBB bill itself before Thanksgiving.

Although Biden had called a “dinner lid” for the evening, there was word that he was reaching out to try to whip some of the votes to pass the BIF. Biden even reportedly put the arm on the president of the progressive caucus, Rep. Pramila Jayapal (D-WA), who had said they would be voting against it and she was a “no.”

“I do believe there are a large number of members of the progressive caucus who will vote for the bill,” Pelosi claimed. “I have Speaker’s secret whip count.”

But even if it passes, the Senate isn’t going to pass it as written so this seems a pretty empty gesture. What’s all the point of this besides a House effort to pretend to the base that they’re doing something?

This video which was clipped from the press briefing that Pelosi gave yesterday was something else. But in a way, it pretty much encapsulates the chaotic incoherence of the whole effort on the Pelosi/Biden legislative agenda. What the heck is Pelosi saying here? We’re not sure. The only thing we can say is that as awful as she is, she isn’t as bad as Biden. Consider how bad that is.

This is the kind of leadership we have now. God help us all.