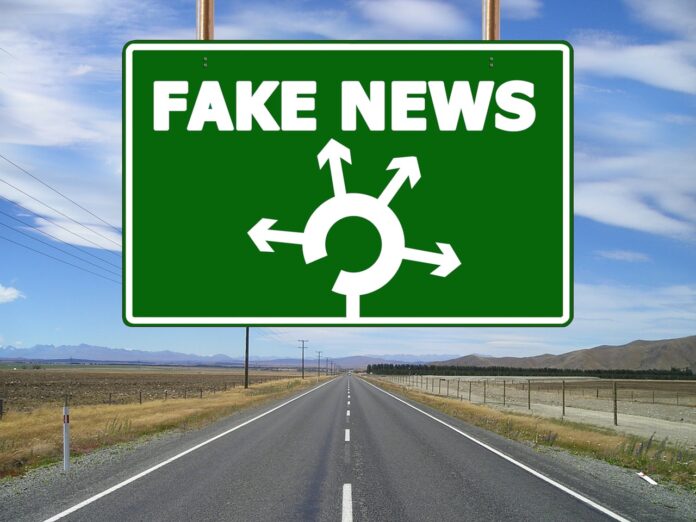 Do the media really care about the truth? No.

They care about ratings, subscribers, clicks, power, and in some cases a committed ideological agenda even at the expense of a publication’s solvency.

When the late Capitol Police officer Brian Sicknick died, the media immediately hoisted his corpse and paraded it around the nation as an example of the damage of the January 6th Capitol riot.

So-called “journalists” at The New York Times, Washington Post, MSDNC declared that Sicknick was beaten to death with a fire extinguisher from shady off-the-record sources.

Big headlines screamed that Sicknick was a martyr. One New York Times story headline read: “He Dreamed of Being a Police Officer, Then Was Killed by a Pro-Trump Mob.”

Funny how information just “emerges.” It’s a choice use of a verb, indicating that the information was formerly hidden from view and inscrutable (if only we had reporters to look for it!), and only when the information is ready it then decides to waltz out and proclaim its existence, “Here I am!”

The death of Officer Sicknick is just one example of new information “emerging.”

After Joe Biden announced he is pulling troops from Afghanistan in time for September 11, 2021, new information suddenly “emerged” that the bombshell story about Russia placing bounties on U.S. military members was false.

It was a story in the truest sense of the world: fictional.

While it was convenient to cripple President Trump’s re-election in the autumn run-up to November, now that the “information” no longer suits the Radical Left’s power agenda, new information has “emerged” that the story was at best speculation by motivated partisans in the intelligence community.

The American media has developed a nasty habit of colluding with the intelligence community to report thinly sourced claims (read: lies) as credible allegations. Glorified idiots like Jim Acosta, Rachel Maddow, and friends then line up to attack any skepticism of this horse hockey as blasphemous. What a racket!

The Deep State-Mainstream media nexus is a mortal threat to democracy in America.

We may call this new standard operating procedure of the American media as the Emerging Information Model: information is fluid, and it is constantly changing, revealing new dimensions of itself, which leaves it’s open to re-interpretation. Anyone can do this pseudo-poetry of lies.

What is was the “new information” about Officer Sicknick? The D.C. medical examiner now says that Sicknick died after suffering two strokes, and showed no signs of internal or external injury.

May Officer Sicknick rest in peace.

Why are we suddenly discovering this “new information” which has “emerged” three months after Sicknick’s death?

Because the truth was inconvenient. In the depraved backward logic of the Leftist media, they suppress information by sealing it away in dystopian Tupperware only to retrieve it from their newsroom basements months later and call it new.

Why did the media keep repeating that Sicknick was bludgeoned to death, despite the fact that there were enough facts after the first two days after the riots to cast doubts on the story?

It doesn’t fit the “narrative.” But now that it does, or the truth is too damning to withhold, the new information has emerged like a flipping unicorn.

“Wow, would you look at this? Amazing! Who knew?”

The media no longer reports on reality. Every news report now is a sublimation of psychotherapy. Possessed by demons, they are convinced that everyone else must be exorcised. The ends justify the means, even if that means turning your news network into a 24/7 365 propaganda outfit dedicated to hoax political crimes.

Stories explode, dominate for two weeks, and then die of 1,000 corrections. Lies are lapping the world and the truth is just getting its shoes on.

“Emerging” information? Don’t get me started on COVID.

“In the meantime, we must live in a world where a man dies from being bludgeoned by a fire extinguisher, but then the fire extinguisher evaporates into thin air and it turns out he died of a stroke,” writes National Review writer, Michael Brendan Dougherty.

“We must live in a world where scenes of mayhem, the sounds of gunfire, and the flames of a burning building on television are helpfully labeled ‘mostly peaceful’ to prevent us from believing our own eyes,” he adds.