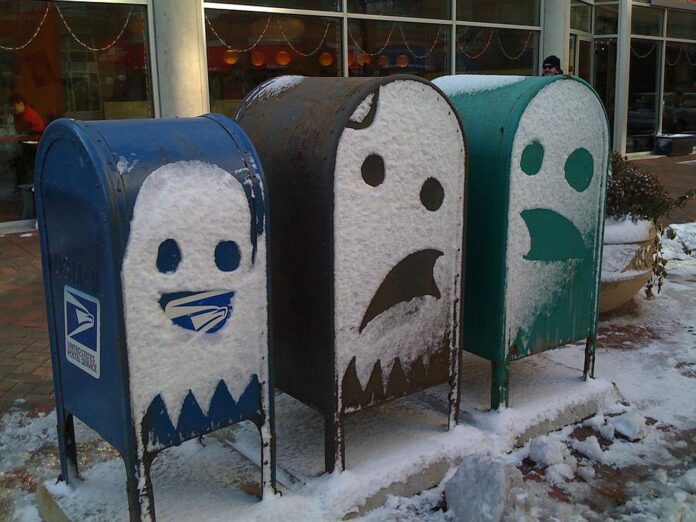 The private lives that people have come to love are long past. The Democrats and their aggressive partners are stripping away freedoms and the right to a private life one at a time and in the name of security. Americans are told what they can post on social media through censorship, and their accounts are monitored by big brother Biden for any statements that would otherwise threaten his happiness.

But Biden and the Democrats are not the only entities listening and watching what people talk about. Now the United States Post Office is watching people. They purposely look at posts and monitor people looking for remarks and statements that could potentially cause harm or flare-ups of violence. Their covert operation is nothing more than an invasion of privacy.

Within the postal service, there is an enforcement team called the United States Postal Inspection Service. It is also known as the internet Covert Operations Program. These people secretly watch and monitor social media platforms watching for any indication that a person is about to commit an act of violence or brag about the damage done at a protest.

The postal service is spying on Americans. They claim that they are looking for people that pose a threat. But one question that needs to be addressed is what about everything else? The report brought out that “Locations and times have been identified for these protests, which are being distributed online across multiple social media platforms, to include right-wing leaning Parler and Telegram accounts.”

Disturbing! Why do Presidents and my colleagues in congress tolerate these violations of the Constitution?

Also, and unfortunately, the USPS has been losing money for many years… so where do they find money to run this surveillance program?https://t.co/rmcKAsTRNK

So it is more than just monitoring people in general. But they have admitted that they watched Parler and Telegram accounts. Targeting conservatives because they have bought into the liberal lie that Republicans are secretly trying to destroy the nation. That notion is something that is true of the Democratic Party.

The report went on to mention that “Parler users have commented about their intent to use the rallies to engage in violence. Image 3 on the right is a screenshot from Parler indicating two users discussing the event as an opportunity to engage in a ‘fight’ and to ‘do serious damage,’ No intelligence is available to suggest the legitimacy of these threats.”

If there is intelligence that can verify threats, then there is no need to keep invading the privacy of people using social media platforms. This invasion of privacy is nothing more than a Democratic arm meant to target conservatives and identify people who hate pandemic lockdowns. If the liberals can identify a threat to them, they can eliminate that threat.

The postal service tells people that this program exists to protect people. It is meant to protect its employees from danger. That explanation is a far cry from some of the things that they are looking at on accounts. If they are targeting conservatives only, the real threats are being missed.

The postal service noted that “As such, the U.S. Postal Inspection Service has federal law enforcement officers, Postal Inspectors, who enforce approximately 200 federal laws to achieve the agency’s mission: protect the U.S. Postal Service and its employees, infrastructure, and customers; enforce the laws that defend the nation’s mail system from illegal or dangerous use; and ensure public trust in the mail.”

They come right and admit in the statement that they work with law enforcement when it comes time to go after a person. It is conveniently noted that the USPS will not disclose the methods or tools they use for investigations or watch people. They do it.

The USPS and their masters in the Democratic Party have violated so many Constitutional rights that it is hard to keep track of their criminal records. They have a blatant disregard for people as they continue to seek ways to usurp authority from others. America is being turned into a free version of China where people only think they are free but are controlled from Biden’s basement.