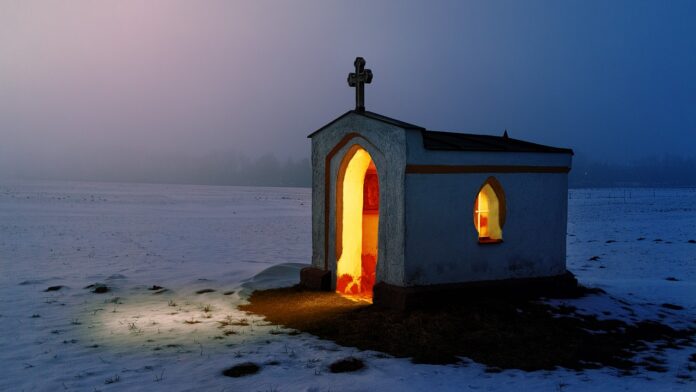 What if I told you that less than half of all Americans belong to a church? Would you be surprised?

Well, according to a recent Gallup poll, it’s true.

Churchgoers now make up a mere 47 percent of our population. And no, I’m not just talking about Christians or Catholics, as are the more popular religions found in the United States. This also includes Islam, Hindu, and Rabbinic orders.

According to Gallup, “U.S. church membership was 73% when Gallup first measured it in 1937 and remained near 70% for the next six decades, before beginning a steady decline around the turn of the 21st century.”

Some of this is believed to be the result of COVID-19 and the pandemic, as most churches were forced to shut down due to strict lockdowns and health safety issues. The poll found that while these places of worship were closed to the public, not all members found other ways of getting in their regular weekly service.

In the case of Christianity, for example, just 53 percent of those who used to attend church services regularly said they streamed their typical church online in the last four weeks. Furthermore, 34 percent had streamed the service of another church, and 32 percent said they had not streamed any online church service.

And as states and churches are beginning to reopen their doors, the public is not precisely being hasty about their return to in-person worship.

Gallup mentions that the decline in churchgoers likely has to do with the fact that more and more Americans find themselves unable to identify with any one religion. According to their studies, about 21 percent of Americans admit they have no religious preference at all.

Even among those who claim to be religious, those who belong to a house of worship or regularly attend have dropped considerably in recent years. Gallup reports that in the last three years, only 60 percent of “religious” Americans go to a church of any kind.

It’s worth noting that this seems to be directly correlated to age.

i spent my entire teenage years hating myself because of the shit y’all preached would happen to me because i was gay. so i hope u are mad, stay mad, feel the same anger you teach us to have towards ourselves.

“Church membership is strongly correlated with age, as 66 % of traditionalists – U.S. adults born before 1946 – belong to a church, compared with 58% of baby boomers, 50% of those in Generation X and 36% of millennials.”

And so far, all the data says Generation Z won’t be all the different from the percentages found in millennials.

The question is, what does this mean for America as a nation?

As we become a less and less religious country, will our standards and values, our political and democracy-driven roots, also change?

For many, the answer is already a resounding yes.

Take a quick look at the lyrics to most music in pop culture today. What do you see?

References to drugs, prolific drinking, sex, and even the occasional mention of homosexuality. And those are just the more docile songs.

Singers like Lil Nas X, for example, have a song that sings about the subjects mentioned above and contains a music video that depicts himself giving Satan, as in the Devil, a lap dance.

In addition, Lil Nas X commissioned his very own “Satan Shoes,” each of which is constructed with an actual drop of human blood, the words Luke 10:18 (which talks about Satan falling from heaven), and other Satanic imagery.

And when we look at popular movies and shows of the times, we see the exact same trends: massive amounts of foul language, nudity, drugs, violence, and drunken brawls.

Furthermore, we are seeing values like marriage, family, and even the birth of our children being dashed aside, all in the name of doing what and how we feel whenever we want.

From where many are standing, America isn’t starting to look like the same nation that freedom and justice to and for all. The morals and guidelines that our government and her laws were based on are quickly disappearing.

And what will be left when they are gone?

It’s a profoundly disconcerting question, to say the least.