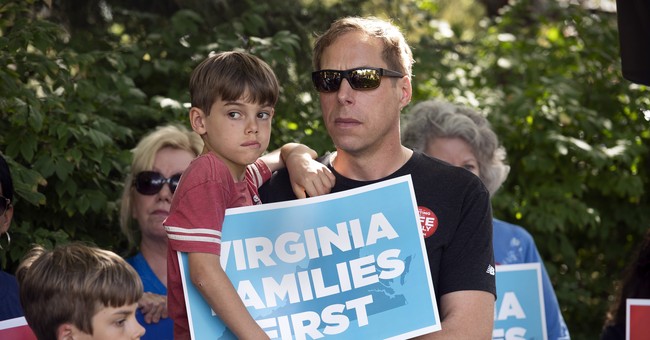 House Democrats had nearly settled their plans to include immigration reform in President Joe Biden’s social spending plan as polls were closing in Virginia. But by Wednesday morning, with Democrats defeated in the Old Dominion, panicked moderates were demanding key changes to that agreement — unwilling to take a politically toxic vote on a policy doomed in the Senate.

It’s one of the first signs of a centrist wing newly emboldened to assert itself as the driver of Biden’s agenda after Tuesday night’s glaring defeat in a once-blue stronghold. And as some Democrats argued that stalling on the party’s social spending bill had hurt their election prospects, the most powerful moderate in the building said the opposite was true and that voters are “scared to death.”

Democrats like West Virginia’s Joe Manchin are now far more empowered than they’ve ever been, urging caution and rationalization among the party instead of the urgency Democrats have been promoting.

“The message that was really sent, if we’re going to do something let’s do it right. Let’s make sure that people know what’s in it,” said Manchin after Youngkin’s victory. “We’re talking about revamping the whole entire tax code. That’s mammoth, totally. We’ve had no hearings, no open hearings. You haven’t been able to sit and listen to a hearing. None of us have.”

Because of Youngkin, Manchin may have just gone from being the party’s black sheep to its unofficial leader. Many Democrats are likely to subscribe to the Manchin/Sinema school of thought and buck a Democrat party narrative that has proven to be a losing idea. Their jobs may very well depend on it.

However, the hard-left Democrats aren’t going to let go so easily. They tasted power and have worked their way into being the mainsail of the Democrat Party’s ship for a few years now. Their ideological zealotry won’t allow steps back to the center. As they’ve been making clear on social media and various articles, they believe that the issue wasn’t that they were too radical in their thinking, it’s that they’re too slow.

As my colleague Nick Arama pointed out, many hard-leftists are telling themselves stories to rationalize a politician who was the quintessential embodiment of the modern Democrat would lose to a man they were trying to convince everyone was the new Trump.

Joy Reid launched into telling everyone that “education” is just “code for ‘white parents don’t like the idea of teaching about race.'”

Daily Beast columnist Wajahat Ali and Atlantic writer Jemele Hill both told Twitter (but mostly themselves) that Youngkin won because America is still a white supremacist nation. This is, of course, in spite of the fact that Republicans voted in a Lieutenant Gov in Winsome Sears, the first black female to serve in this post in Virginia.

But moreover, Democrat leadership is acting as the mules being whipped by these ideologues. Pelosi isn’t willing to take Manchin’s more careful and thought-out approach. Instead, she’s attempting to mash down the pedal on spending bills that are clearly more ideologically driven than sensical as Politico highlighted:

Pelosi is forging ahead anyway, declaring before lunchtime Wednesday that a final deal on Biden’s roughtly $1.75 trillion bill was imminent while vowing to add back paid family leave, one of her key priorities, despite opposition from Manchin.

Yet there’s no sign of a real, immediate breakthrough that will put that bill — or the bipartisan infrastructure legislation — on Biden’s desk. Just getting Biden’s priorities through the House will still be a heavy lift, with the party’s internal conflicts suffering further exposure after Terry McAuliffe’s loss. Getting a party-line social spending bill through a 50-50 Senate with Manchin’s deliberative pace is another beast altogether.

Only one of these groups can win because neither of these groups is going to be willing to cave to the either. For the Manchinites, this is a battle they’ll have to win if they want to save the Democrat Party from the radicalism that has infected it.

Voters will have to make a stand against their radical peers, which may be easier said than done as well, but it’s a battle they won’t have a choice but to fight. Either the Democrat ship of fools sinks below the waves, or the Democrat party reforms itself into a more agreeable organization to Americans.