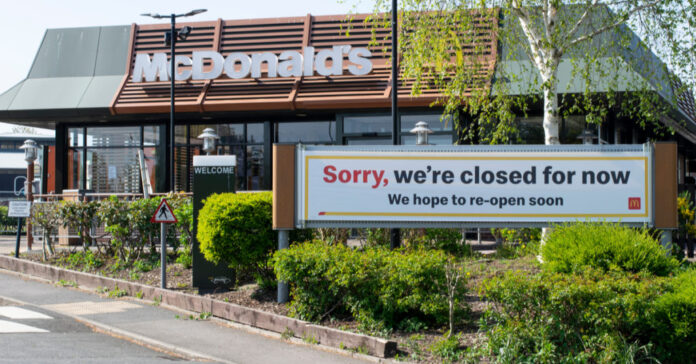 The COVID pandemic has affected different industries in different ways. Of these, the restaurant business has been among the most deeply affected, and fast food has been the leader among these. McDonald’s, in particular, has been having a difficult time with staffing as many found themselves subjected to brutal treatment during the pandemic.

Long hours, low wages, and customer abuse have been some of the biggest complaints. As a result, they have been having to increase starting wages drastically. In many areas, the wages are closer than ever to the ‘$15 an hour’ people were trumpeting for over the past few years. Add in the 3.5-4% increase in commodities, and the chain is struggling compared to years past. As a result, in these increases, Mcdonald’s is facing a 6% increase in costs; a cost that is slowly being passed on to the consumer.

There have been some saving graces for the fast-food giant, though. These higher prices, larger orders, and more frequent delivery orders thanks to companies like Uber Eats and Door Dash have been keeping sales figures more in line than other retailers. Additionally, their collaborations with celebrities for their ‘perfect meals’ have proven to be a big boost. Stars like Nelly and Sweetie have kept loyal customers flowing through the doors and brought a new segment of advertising to light. However, the biggest savior has been new foods like their crispy chicken sandwiches. As a stance to rival Chic Fil A, people have been snatching them up left and right.

Despite this, the worker shortages are forcing locations to close in more remote areas. People are just unwilling to perform the job, no matter the wage. Who can blame them? Nobody wants to drive home and smell of French fries and be screamed at over a toy in their happy meal or work overnights. Keeping these locations open with minimal staffing and little to no days off has proven difficult and, in many cases, impossible. As such, these stores are shuttering in record numbers.

It’s hard to imagine a restaurant like McDonald’s losing stores but given these issues, it is the reality here in the US. Chief Executive Chris Kempczinski spoke with the Wall Street Journal recently and shed some more light on the subject. “Certainly, I was hoping and expecting that we were going to see the situation improve maybe a little bit more quickly than what’s materialized.” The labor shortage is one of the biggest problems here. As Kepczinski added, they are “also putting some pressure around speed of service” and were “own a little bit on speed of service over the last year-to-date.”

Any way you slice this situation, unlike their BigMac, it just doesn’t stack up well for them. As many are local franchises, it is felt deeper on a local level. And for the corporation, countries like Canada, France, and Germany have helped keep figures at least reasonable this year. However, recent vaccine passports in Australia and France may prove to be problematic for them in the months to come.

For now, enjoy your favorite fast foods (in moderation) and be understanding with your local window jockey. That little bit of kindness goes a long way, and in a year full of other issues, your patience just might mean the difference between the location staying staffed and open, or them shutting their doors. As many have pulled up and seen the ‘no workers; closed’ signs on the drive-thru speaker, it is obvious that we may be reaching a tipping point, and nobody wants to lose their access to a simple burger at their leisure.