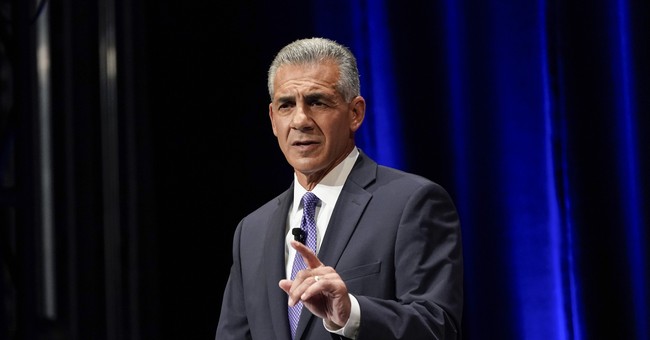 We’ve been talking about the upset in Virginia and what looks like a red wave sweeping through that state, at this point, with the top seats all being called for the Republicans.

But that’s not the only race that could be an upset. A bigger upset may be underway in New Jersey — my former deep deep blue state. There was no way that anyone would predict that Jack Ciattarelli could even come close to Gov. Phil Murphy; everyone thought that would be a walkaway despite the fact that Murphy is widely hated and people in New Jersey are very unhappy with all his mandates.

Even if Ciattarelli doesn’t win, with more than 56 percent in, he’s up by more than three points at this point, which is incredibly shocking for Democrats. Talk about a national bellwether between this and Virginia — they have to know how bad this is.

Now, I give you a bit of a caution: We still need to see Essex and Passaic come in. Right now, they barely have any numbers in yet and they are likely to go heavily to Murphy. So hold on and cross your fingers.

But in my old county of Bergen, Ciattarelli is up — 53 percent to 46 percent, a county Murphy has won easily in the past.

The race is already a stunner and clearly a tight one.

This is most definitely a tear your hair out kind of a night for the Democrats and sweet for Republicans.